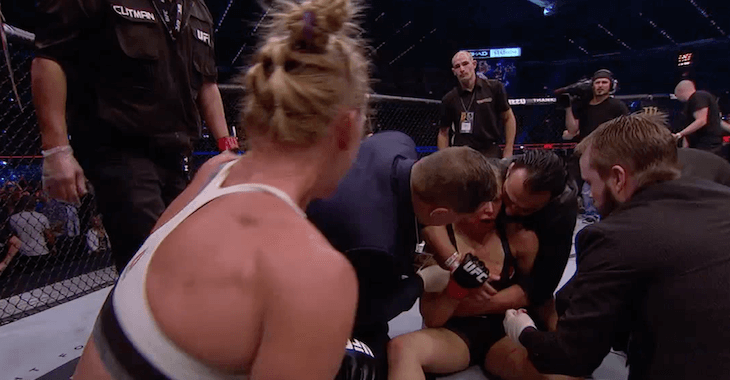 Since Holly Holm defeated Ronda Rousey on Saturday at UFC 193 many people have begun to criticize Rousey.

On the other hand, other fighters have sent supportive messages to the former champ. Floyd Mayweather even offered to help Rousey improve her boxing!

“I hope people don’t get too brutal with it. This is a hard job to be in and a lot of people can’t get in there. When you get in that Octagon, it’s one of the loneliest places in the world, because it’s only up to you to do it. A lot of people wouldn’t even have the nerve to be able to get in and just put it all on the line.”