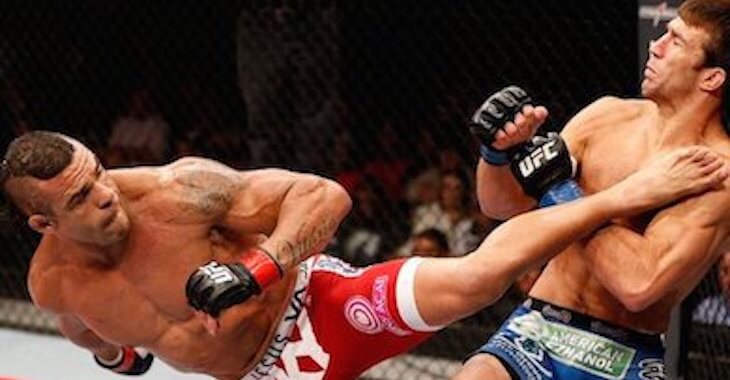 ‘The Phenom’ certainly didn’t take too well to those comments, and while talking on Inside MMA about his career and TRT usage, he was asked about Rockhold’s comments.

“I think his head is still spinning from that kick, so that’s the only thing I can see. I don’t expect anything coming from my opponents, especially when they lose. They find excuses, and they want one. They have to deal with that, but not me.”

How much of a role in Belfort’s dominance did TRT play? Sound off below PENN Nation!