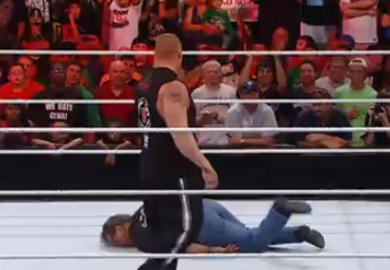 Everyone, ‘in the know’, is saying that Lesnar may actually return to the UFC.

From Dana White, to his MMA coaching staff, the rumors running around look promising for Lesnar fans.

However, while Brock is out of action, he’s still causing a ruckus under the WWE banner.

Check out his latest F5 over ‘The Big Show’ at last weekend’s Royal Rumble event.