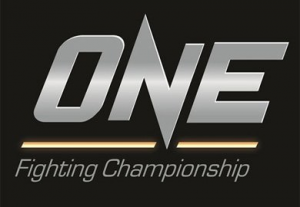 Brock Larson and Nobutatsu Suzuki will square off for the inaugural ONE FC Welterweight World Title live from Stadium Negara in Kuala Lampur, Malaysia on March 14 in the headlining bout of “ONE FC 14.”

ONE FC officials recently confirmed the booking with bjpenn.com

A veteran of both the UFC and WEC, Brock Larson (37-7 MMA, 1-0 ONE FC), is currently riding a four fight win streak ahead of this title bout with Suzuki. Larson’s most recent effort saw him score a unanimous decision victory over dangerous striker Melvin Manhoef at the “ONE FC: Kings and Champions” event in April 2013.

Meanwhile, Nobutatsu Suzuki (10-1-2 MMA, 1-0 ONE FC) is coming off a TKO win over veteran Phil Baroni in his promotional debut. However, it is worth noting that Suzuki’s win over Baroni came by way of freak accident, as Baroni broke his leg and dislocated his ankle after getting his foot caught in between the fence and mat during the first round of their bout at “ONE FC: Rise to Power.” Never the less, Suzuki sports an impressive record with 10 wins and just one loss to his credit.

The Larson vs. Suzuki welterweight title fight will serve as the events headliner.

Here is a look at the current “ONE FC: War of Nations” fight card set for March 14: