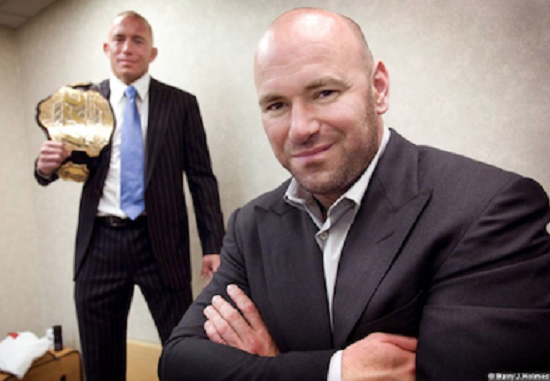 Former UFC welterweight champion Georges St-Pierre recently opened up about some strange events that took place behind closed doors after his title defense over Johny Hendricks at UFC 167. On Monday’s MMA Hour, “Rush” expanded on the incidents that all had a direct correlation to the champion stepping away from the sport til this day (transcribed by MMA Fighting):

“I’m not going to tell you exactly what was said,” St-Pierre said. “But I was very pissed off and I used a lot of F words. … I was very angry, they did not support me because of the testing issues for the doping, they did not support me for the anti-doping. And I told them, why they didn’t support for this, and I didn’t understand it. I said ‘you guys need to wake up, because a lot of people are cheating, and stuff, and it’s a freaking joke. You guys are kind of protecting these guys, and it shouldn’t be like that.’ I was very angry.”

St-Pierre also talked about the UFC 167 post-fight press conference that he was told he was not allowed to attend, which confused the champion, and also made him really upset.

“I didn’t know something bad was going on until they say you’re not allowed to go to the press conference,'” St-Pierre said. “I found that it was kind of weird, I was waiting in the locker room a long time, it was like, that was kind of weird. It wasn’t until afterwards that I realized what was going on.”

“I was getting stitched up,” St-Pierre said. “I don’t mind the belt, it’s a nice gift. Every time I win a new belt, I used to give it as a gift as people who helped me, The first one I won, I gave it to my mother, the second one I put in my workout place. All the other ones I win I give to people who helped me … They took the belt. It’s okay, its only material, importance is the memory I kept from it, nothing take away from me.”

What do you think of St-Pierre’s last moments as a champion in the UFC? Share your thoughts in the comment section below!