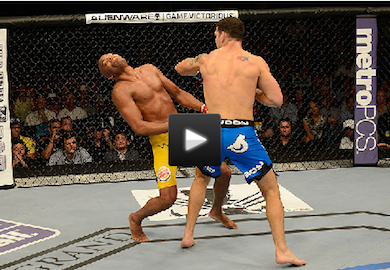 In anticipation of next week’s UFC 168 event the UFC has opened its video vault and released the first bout between Anderson Silva and Chris Weidman that took place at UFC 162.

If you missed the moment where Weidman shocked the world, hit play above and check it out.