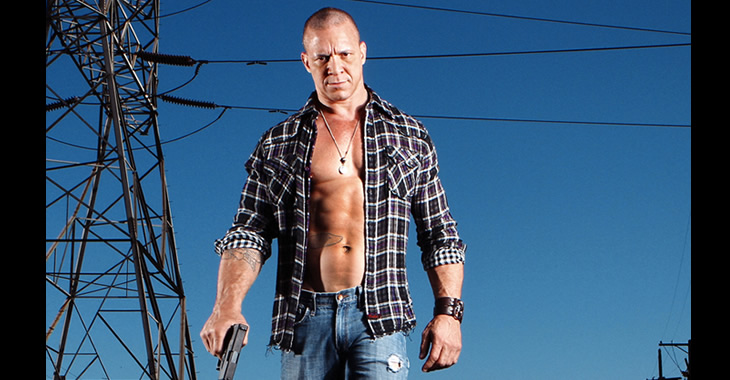 Martial Arts and the big screen go hand in hand. From back in the days of ‘The Dragon’ Bruce Lee starring in numerous high-profile martial art movies, there has been a place in Hollywood for martial arts on the big screen.

The man who introduced Lorenzo Fertitta to the UFC, MMA pioneer John Lewis, has focused his attention on the big screen lately. Lewis formed JLE Cinema Group, which will begin filming a western film called ‘JUSTICE‘ in March alongside Chasing Butterflies Production. The film takes place post-Civil War and centers around a cold-blooded protagonist, which will be played by Lewis, who will also be the lead writer for the project. In addition, Lewis will be co-producing the film alongside A.J. Perez of Chasing Butterflies Production, and Sean Skelding. In the film, a U.S. Marshal is seeking justice for his brother’s murder while defending a small town from a corrupt mayor with evil intentions.

As if that wasn’t enough to keep Lewis busy, following that Lewis and Cheyenne Buchanan’s ‘THE TOWER: Shepherd’s Blade‘ goes into production. The film will star not only Lewis, but some of MMA’s top stars who will play 14 elite fighters that wake up behind bars and are forced to fight through a tower to survive as part of a government experiment. The film will be co-produced by Lewis and A.J. Perez with JLE Cinema Group and Chasing Butterflies Productions.

Check out the trailer for The Tower: Shepherd’s Blade’ on YouTube, and get updates on the project via social media with the links below.