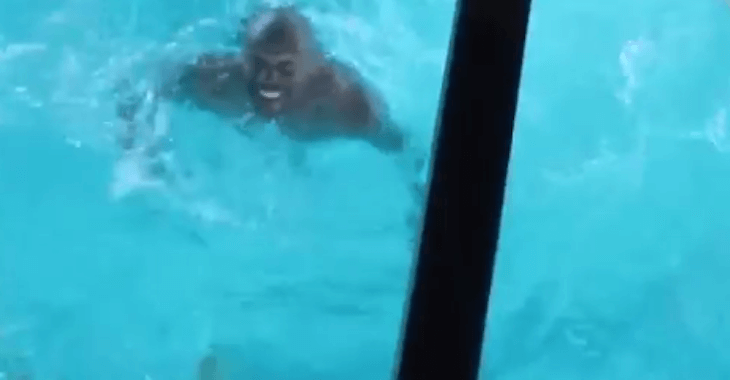 Floyd Mayweather is less than one full month retired and he is already living the life! “Money” appeared in the boxing ring for the final time against Andre Berto in September on Showtime pay-per-view and while the buy-rate numbers were underwhelming, Mayweather’s performance was not.

He masterfully danced around Berto and kept him guessing which angles he would be attacking from before ultimately picking up another unanimous decision victory. How else would the undisputed king of boxing celebrate his retirement than to hit up Justin Bieber and go to Bora Bora! Check out Mayweather doggy paddling in the STRONG ocean current with Bieber:

The ocean current was too strong so I had to doggy paddle extremely fast and my videographer @jpconnected filmed this through the floor of my Royal Underwater Villa with @justinbieber #borabora
www.themoneyteam.com