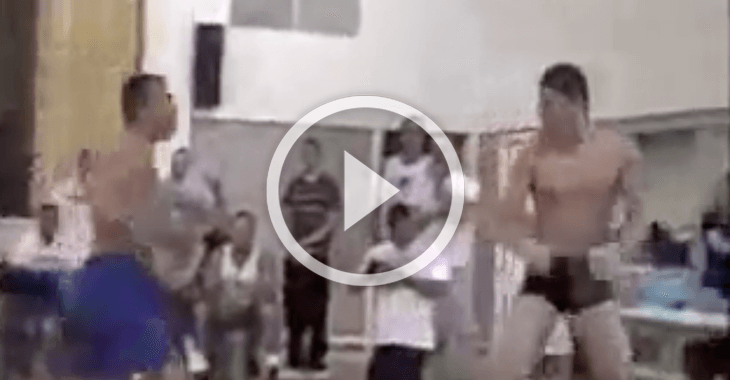 UFC fighter Nick Diaz has been fighting for a long time. The former Strikeforce champ is currently out of action because of the highly controversial five year suspension ordered by the Nevada State Athletic Commission for Diaz’s alleged failed drug test from UFC 183.

The MMA world has been in an uproar since then, signing White House Petitions, boycotting fighting in Nevada and just all around showing overwhelming support for the fighter.

Diaz’s legal team plans to fight the ruling, but chances are that process will take quite a while, as most legal issues do.

In the meantime since it’s Flashback Friday, check out this old school video of Diaz competing in a vale tudo type fight with no gloves.