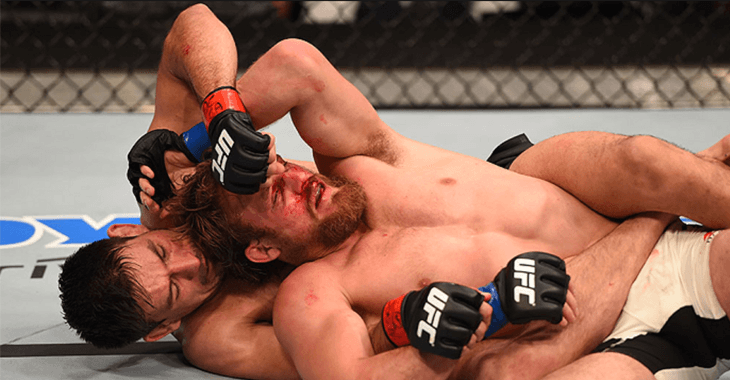 It was a match many jiu-jitsu practitioners were dying to see. The jiu-jitsu and grappling accolades of both Demian Maia and Gunnar Nelson had people waiting to see what would happen once they hit the mat.

When their match at UFC 194 came, Demian Maia proved to be the superior grappler dominating Nelson on the ground and winning a unanimous decision. However, an interesting story developed after their match, with the two fighters looking to train together due to their respect for each other’s game.

According to visir.is, Maia is expected to train with Nelson at some point next year. After their bout, Maia approached Nelson’s camp and expressed his respect and interest in training with Gunnar. Both Maia and Nelson have allegedly extended invitations to each other to train at their respective camps.

If the training partnership does take place, Nelson’s training partner and UFC featherweight champion Conor McGregor could gain some valuable experience getting some training with one of the best ground game fighters in Demian Maia. We will look to see if Maia makes an appearance with Nelson and McGregor in the future.