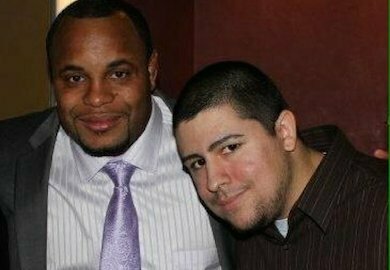 In just a couple of months, Daniel Cormier will get his long-awaited UFC title shot.

The top light-heavyweight fighter’s number 1 fan took to twitter with a certain disappointment, but D.C. heard his cry and decided to help him out.

After being made aware of the situation by MMAJunkie.com, D.C. stated, “If I’m his favorite fighter, and he wants to see me compete for a title, get me his information, you get him off of work, and I’ll fly him to Vegas. Now, am I going to take care of his whole trip? No. But I’ll take care of his travel. There you go.”

The fan had made plans to attend another UFC event, but had buyers remorse upon discovering D.C.’s booking against Jon Jones.