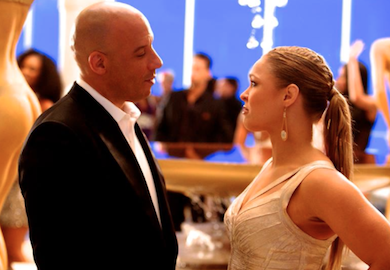 Rona Rousey has a busy schedule coming up.

Win or lose this weekend against Sarah McMann, the UFC bantamweight champion is set to leave the cage and head right into filming the major motion picture, Entourage. She’s not just making an appearance in these upcoming films either, she actually has lead roles.

The UFC boss recently expressed his surprise for Rousey’s sudden star power and the amount of cash being thrown at her.