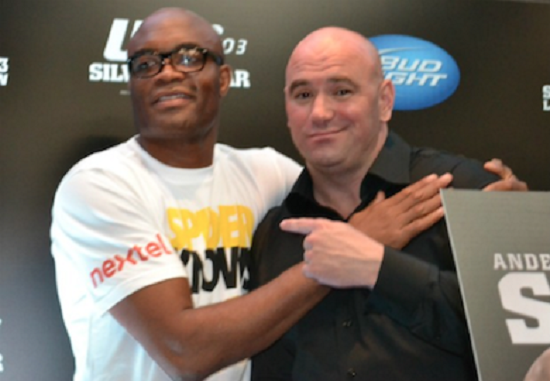 During yeserday’s ‘The Time is Now’ press conference, UFC president Dana White laid out the 2015 octagon schedule while detailing some possible title shots:

“The Cormier-Jones fight is a fight people have been talking about for a long time,” White told FOX Sports, as transcribed by David St. Martin for MMAFighting. “At the same time, Anthony Johnson and Gustafsson will fight and both the winners of those fights will match up later on this year.”

“Cub Swanson has been screaming for respect and for us to show him the love. He’s taking on Frankie Edgar, who is a beast. Longtime champion at 155 pounds, moved down the 145 pounds to take on Cub. And yes, if Cub Swanson wins this fight we did tell him we would give him a title shot.”