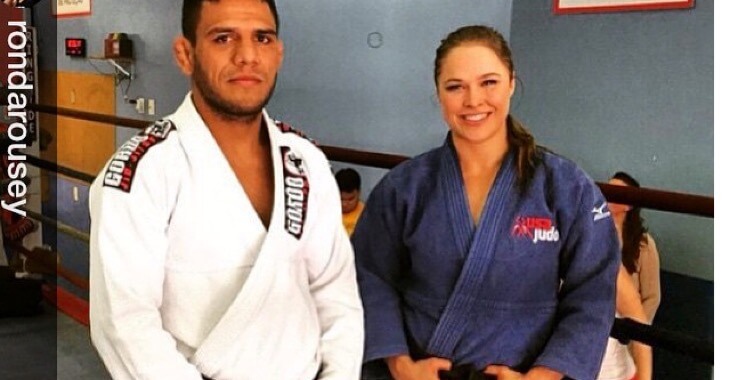 No word yet if Ronda Rousey should stay at Glendale Fighting Club after Holly Holm destroyed Rousey at UFC 193. Head coach Edmond Tarverdyanis is hot under fire with the results and performance, or lack of Rousey’s striking, head-movement, faints etc.

Taverdyanis’ cornering performance during the Holm fight, from the perspective of those watching, were left confused in between rounds. Telling Rousey her 1st round was “beautiful”, as well as his post-fight comments that Holm wasn’t outstriking Ronda, are being highly scrutinized.

“I think it would be great for her to come here,” Dos Anjos said. “We have a great energy here. Not just because I’m training here, but Master Rafael Cordeiro has over 28 years of experience in MMA. Kings MMA, houses two UFC champs Fabricio Werdum and Rafael dos Anjos, has been mentioned a possible slot being opened. Rousey has hard decisions to make in the future with Tarverdyan, not just with the coaching relationship, but his financial and legal issues being a distraction for Rousey’s camp.

Rousey has remained silent regarding any change in camps for now. With offers like that, I’m sure Rousey and MMA Kings could benefit from her presence.