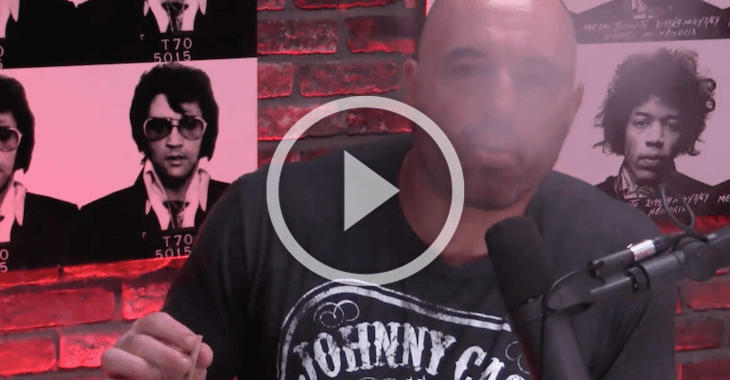 His guest was UFC lightweight Donald ‘Cowboy’ Cerrone, who came on and talked about a bunch of things, from getting punched at Whole Foods, to his upcoming fight with UFC champion Rafael dos Anjos.

Cerrone will face off with Dos Anjos, again, at UFC on FOX 17 on Dec. 19. It’s a rematch ‘Cowboy’ has been calling for for a long time now.

Cerrone was of course sipping on beer throughout the whole episode and at one point Rogan decided to light up a joint. Rogan was a gentleman and asked Cerrone if he’d like to join, but he politely declined. Still, it’s pretty entertaining to watch the two of them just kicking back and relaxing.