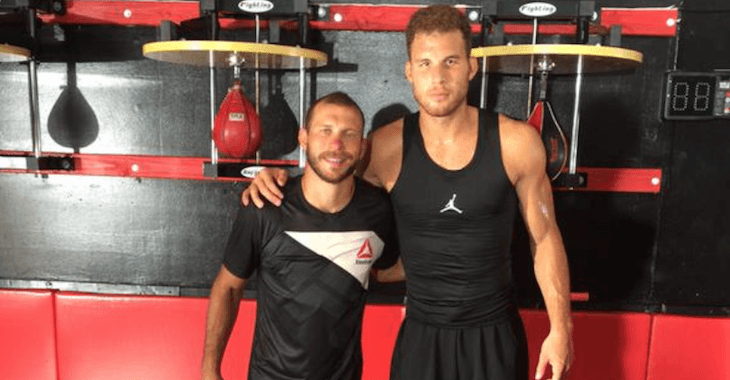 It seems like the latest craze is NBA teams and players training and working out with UFC fighters.

First it was a team working out at the UFC’s TUF training center, with Forrest Griffin and other UFC fighters. Than it was the Sacramento Kings training with Urijah Faber and now we’ve got NBA star Blake Griffin working out with upcoming title challenger Donald Cerrone.

‘Cowboy’ took to Twitter to share a photo of himself and Griffin. Cerrone’s not a short guy, but man, standing next to Griffin he looks tiny.

Got the great opportunity to train with this giant. @blakegriffin32

Ol boy got some moves. Heavyweights watch out pic.twitter.com/hQj1jWpO8b

Cerrone talked about it on Joe Rogan’s podcast and said if Griffin were to train and want to be a fighter he could be a beast because of how big he is.