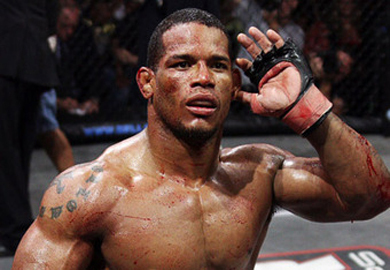 At the time Lombard was in the midst of a 25 fight unbeaten streak and as a result had become one of the hottest free agents on the market.

According to Bellator CEO, Bjorn Rebney, the UFC made his champion an offer they could not match and he lost his man.

Here is the report from MMAFighting.com:

Bellator CEO Bjorn Rebney said that Bellator has made free agent Eddie Alvarez an offer, and that if he accepts it, he stays in the Bellator fold. If he doesn’t, Rebney will allow him to bypass the remaining 70+ days of the exclusive negotiating period and take his talents to the open market, where he will no doubt be MMA’s hottest commodity.

If that happens, Rebney expects the situation to resolve itself quickly as the UFC is likely to swoop in with an offer, and Bellator will have a chance to match it.

Rebney went through it six months ago with Hector Lombard, who was at the time Bellator’s reigning middleweight champion. In that instance, Lombard hit the open market, where he was immediately offered a lucrative deal with the UFC.

Rebney said that contract, which according to him paid Lombard a $400,000 signing bonus, a $300,000 starting purse per fight and pay-per-view participation points, was cost-prohibitive from Bellator’s standpoint.

If the UFC came in with a similar offer for Alvarez, it is believed that would make him the highest-paid 155-pounder in the UFC.