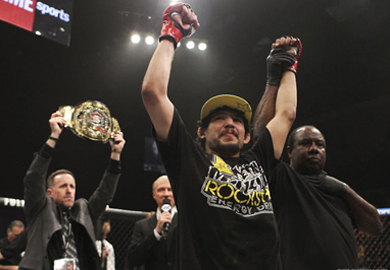 “I’ve been with Gilbert this week. He received the result of the MRI and hopefully will not need surgery. He will probably go through a lot of physical therapy, which he has been doing. I do not know when he comes back, but he will as soon as possible and he would like to face Pat Healy, because that was the fight he had in mind before he got hurt.”

Originally Melendez and Healy had a date penned for last month, but a last minute withdrawal from Melendez not only cancelled the bout, but the entire fight card.