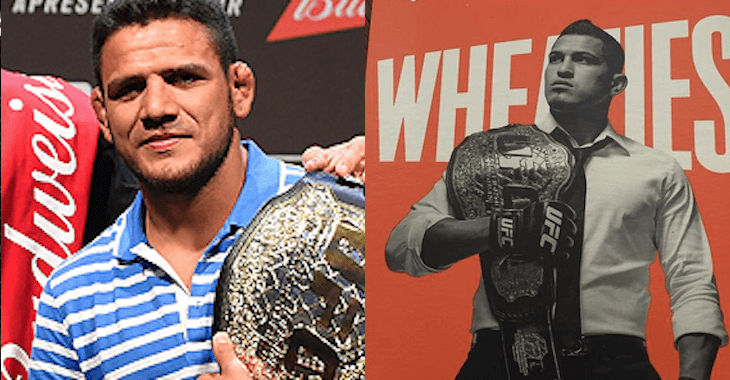 Rafael dos Anjos and Anthony “Showtime” Pettis met in the octagon at “UFC 185” in March 2015 to decide the fate of the UFC Lightweight Championship. Pettis’ second defense did not go as planned as Dos Anjos dominated their five-round fight to win the belt by way of unanimous decision. Since then, the two have been trading verbal jabs here and there but it got taken to the next level on Sunday evening when Dos Anjos was grocery shopping.

Never one to back down, Pettis responded with a photoshopped version of “Franken Berry” cereal and left a couple hidden messages at the bottom of the box…

Not everyone’s face is made for a cereal box. But jus in time for Halloween, best served with juice… I’ll get my strap back for sure but I’m focused on who’s next. Slip up won’t ever happen again!!!! Wasn’t gonna address it but he had to post. 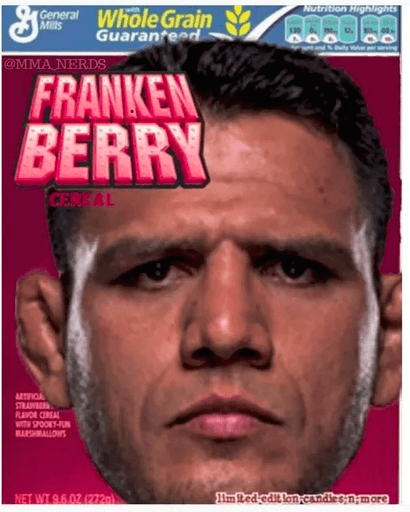 Pettis has since deleted the post from his Instagram, and it may be for the best as both fighters need to concentrate on the challenges that lay ahead of them.

Rafael dos Anjos will be stepping into the octagon to defend his newly won UFC Lightweight Championship against Donald “Cowboy” Cerrone at “UFC on FOX 17” in December. Cerrone is currently riding an eight fight win streak and is fighting for UFC gold for the first time.

Pettis is on the journey back to winning UFC gold as he hopes to make his next fight with Eddie Alvarez at UFC Fight Night 81 official. Pettis has not fought since losing his championship at “UFC 185” and will be looking to prove his doubters wrong.

Do you see Dos Anjos and Pettis eventually squaring off again? Share your thoughts and make your predictions in the comment section below!