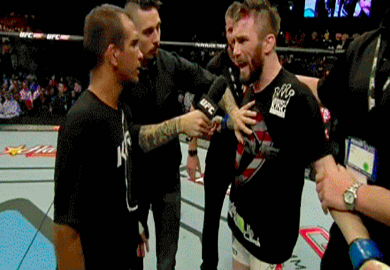 Johnny Bedford and Rani Yahya will settle their rivalry at UFC Fight Night on June 28th in San Antonio, Texas.

Their first bout just two weeks ago came to a controversial finish when a clash of heads caused Yahya to get dazed. Bedford followed up with a couple punches and was peeled off by the referee. Bedford celebrated as if he was going to be announced the winner but the judges claimed it was a ‘No Contest’.

Upon hearing this, Bedford grew enraged and claimed that because he was the one that stayed conscious, he should be victorious. He proceeded to challenge Yahya to an immediate rematch in the octagon but Yahya declined telling him he was a professional who ‘follows the rules’.

The argument almost led to a physical altercation. If it was not for the officials separating them, we may have seen a free fight.