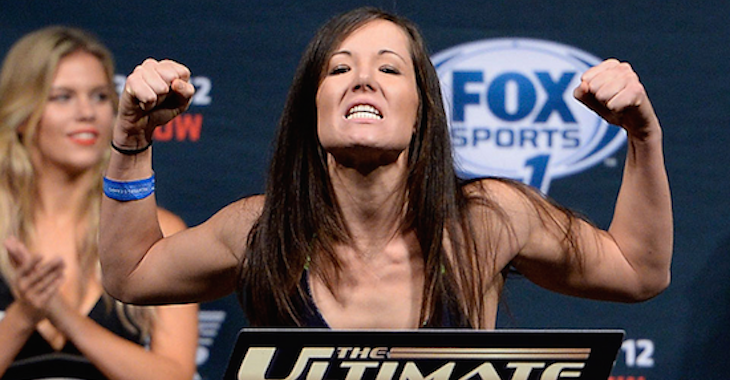 Angela Magana is currently on a 4-fight losing streak, and has yet to win a bout under the UFC banner.

However somehow, mainly through twerking, Magana has managed to keep her name in MMA headlines.

Given that she has yet to win a UFC fight, it may come as a surprise to some that Magana is campaigning for a title shot against Joanna Jedrzejczyk on Twitter.

I'm a proven draw (last fight rating went up 220k in my quarter) should Dana give me nxt title shot vs Jedrzejczyk?

At the time this article was published, 163 fans had voted, with 70% voting ‘No’ to Magana getting a title shot.

It is also important to mention that Joanna Jedrzejczyk is currently slated to fight Valerie Letourneau on November 14th on UFC 193 at the Etihad Stadium in Melbourne Australia.