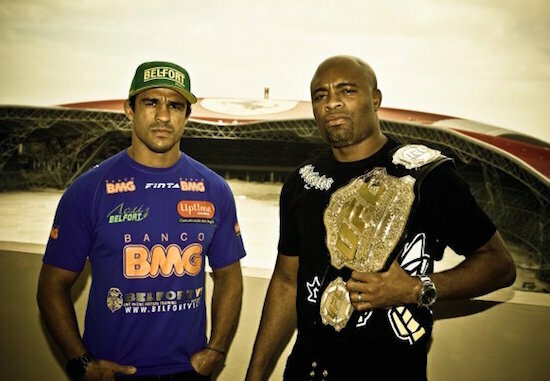 Former UFC middleweight champion Anderson Silva was ranked ahead of Belfort in the number 27 slot, while Vitor was listed as number 50.