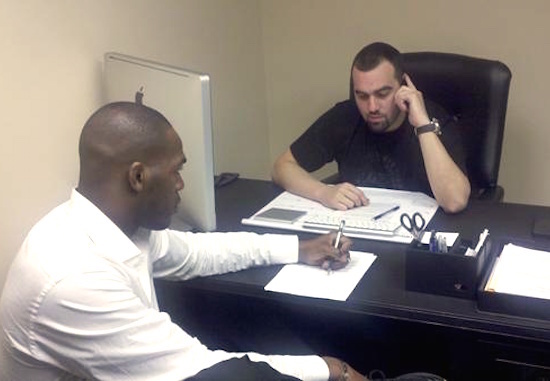 Several of MMA’s top managers have growing concerns for the UFC’s new uniform policy, that will eventually lead to the elimination of in-cage sponsors for fighters.

“Until we see the actual dollar amounts and how they’re going to get spread out among the fighters, no one can give you an exact comment on it.”

“Telling me that a guy who is ranked No. 3 or No. 8 or No. 1 is going to get a check for $25,000 because he’s No. 1 contender or whatever, he loses money. He also loses income from the sponsors that go on the shorts. On the flip side, as a manager you have to go out and get deals done outside the Octagon.”

“I can remember the days when it was possible to sometimes even equal a fighter’s fight purse with sponsorships, depending on the different variables. But it has been a while since then. I believe that the glut we have been experiencing is due to the simple fact that marketing dollars used on fighters have not been translating into revenue to the company’s spending those dollars.”

“At the end of the day, there’s two ways to look at it. Did it really disrupt the free market from a sponsorship standpoint? Or did it weed out the problems? There are fighters out there who still have six figures owed to them from bad sponsors.”

“If they’re getting anywhere close between $3,000 and $5,000 extra, that’s a home run for them,” said Cox said of entry-level fighter. “That’s enough money to keep them going so they don’t have to get a job. If I was a champion, I’d be skeptical it would be better for me.”

“We will continue to propose creative methods to our sponsors that leverage the popularity of the fighters and deliver a return on objective to the sponsor. In-cage logo placements are simply one less deliverable that we can offer to our sponsors.”

“Twenty years ago, we were putting on shows with 50 people in the crowd and we were coming up with the rules in the Octagon,” Lambert said. “To see where this sport has come, every little thing like this helps. It’s just a pleasure to see it get to this point. A worldwide brand like Reebok stamped right there with the UFC? It’s a great thing.”

What do you think UG? You feel good, bad, indifferent, or are you just going to wait and see?