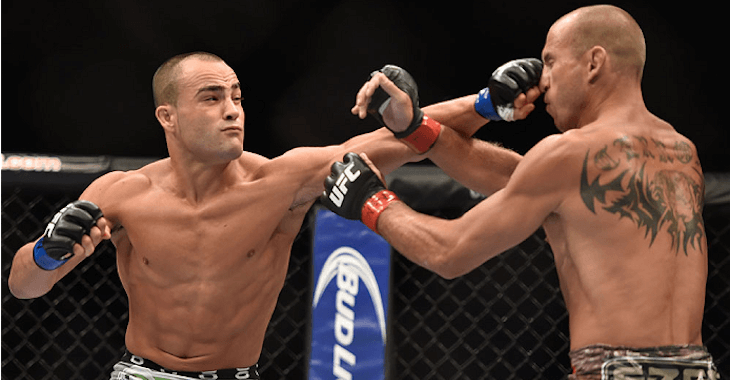 After the Ultimate Fighting Championship absorbed the likes of Strikeforce and World Extreme Cagefighting, diehard fans of mixed martial arts got to see a lot of their dream fights come to life. With Eddie Alvarez dominating the scene in Bellator at the time, though, fans still pondered who the best in the world truly was. There was a moment when Anthony Pettis and Alvarez were the champions of their respective companies and fans wanted nothing more than to see them throw down.

That dream fight is about to become a reality.

Alvarez and Pettis will square off at UFC Fight Night 81 in January in a highly anticipated lightweight matchup. The fight will mark the return of Pettis after an ten month layoff. Ring rust is usually a factor for returning fighters, but fans don’t seem to think Pettis will suffer from it. As a matter of fact, a lot of fighters and fans are already dismissing an Alvarez victory.

Alvarez is baffled by this, but is using it as a form of inspiration. I’m baffled by fans perception of this fight, but it makes me more excited to go out there and do what I am about to do,” Alvarez told MMA Fighting. “It’s just, I don’t realize how and where fans come up with these predictions. To me, this guy is super popular and they think the world of him, or I don’t know. Maybe I’m seeing something they’re not seeing. But we’ll see. The truth will come in January.”

Do you think Pettis truly has the upperhand, or is he being favored simply because of his popularity? Who do you think will come out on top? Share your thoughts and predictions in the comment section below!