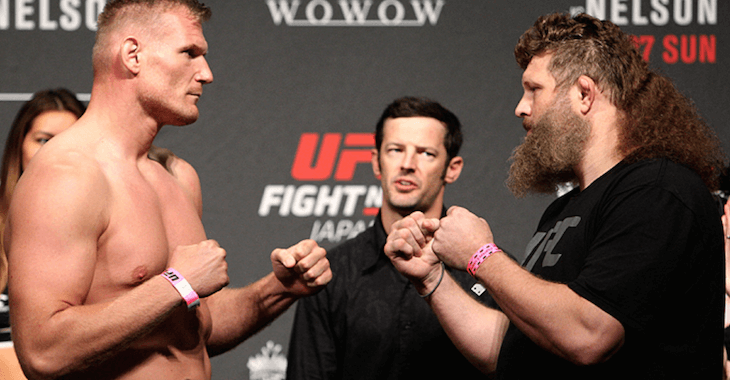 UFC Fight Night: Japan goes down on Saturday night at the Saitama Super Arena in Saitama, Japan and will feature a big heavyweight scrap in the main event, with Roy Nelson and Josh Barnett fighting to get back in the win column, after both losing their last fights.

In the co-main event we’ll get to see Uriah Hall take a big step up in competition and take on Gegard Mousasi in what could be a really fun and exciting fight in the middleweight division.

You can get all the live fight results below throughout the night.