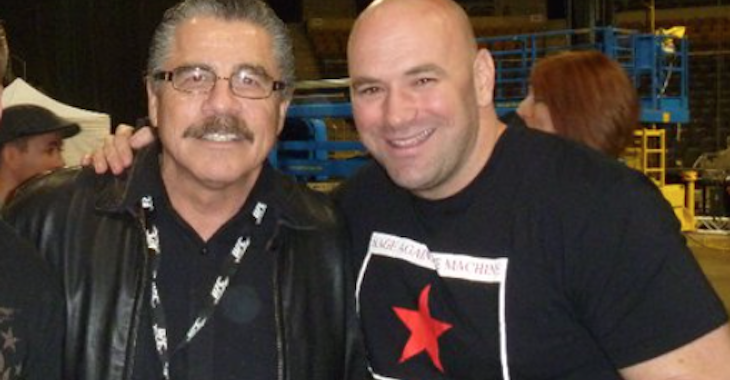 Did you think the drama between the UFC and veteran cutman Jacob ‘Stitch’ Duran was over? Wrong.

On Wednesday, a statement from UFC’s Lawrence Epstein emerged, where he insisted that the firing of Duran had nothing to do with his comments about Reebok. Which was a major shocker considering that has been the story since day one. No one else in the UFC have disputed that notion, and it’s not like they never had the chance. UFC president Dana White in his first interview about the situation, simply put Duran on blasts for assuming they were friends.

Then the UFC issued this follow up statement to BloodyElbow, in their efforts to clarify the comments, they did no such thing.

“Jacob ‘Stitch’ Duran has not been banned from UFC and he is free to corner any athlete if they choose to pay for his services,” the statement reads. “We want to provide other cutmen the opportunity to work UFC events. UFC certainly respects Duran’s experience and accomplishments as a cutman, and wishes him the best. We will not comment about the other reasons that lead to the ending of his independent contractor agreement with UFC, other than to say it had nothing to do with his comments about Reebok.”

@TBarrabi Great story!Can't believe UFC attorney Lawrence Epstein said I was not let go because of my interview of the Reebok deal. Bullshit

@_Just_A_Fan_ Sure they know, I was told, "they don't want you to work anymore UFC shows because of the article you did about Reebok.

@uppercutty69 A question you have to ask them! Sure they have no real answer.

@k_crit UFC mistook me and the fans as fools.