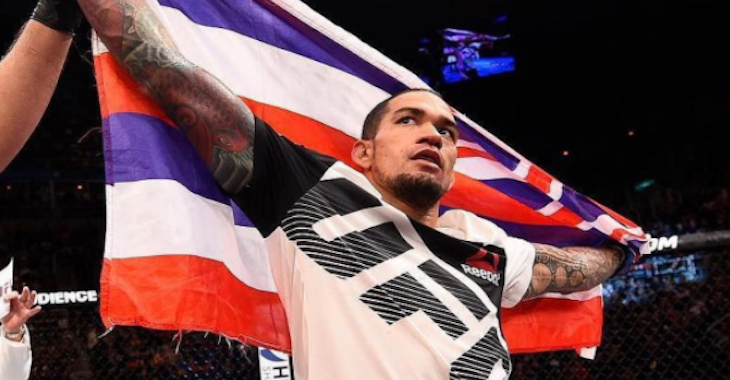 Last weekend, on the main card of UFC 212 in Rio de Janeiro, Yancy Medeiros stepped into the Octagon with ever-dangerous Brazilian finisher Erick Silva. Despite the scale of this test, the Hawaiian talent defeated Silva in his own back yard, putting him down with a thudding, second-round combo.

With this impressive win, Medeiros built on the momentum of a submission defeat of Sean Spencer, and moved to 2-0 since jumping from lightweight to welterweight.

Having found a new home at welterweight, where the weight cut is much less taxing, Medeiros is now ready to show the world the best version of himself – a talented and technical fighter who sharpens his weapons alongside monsters like Nick Diaz, Nate Diaz, and new featherweight champion Max Holloway.

Medeiros broke it all down to host Kinch on the latest episode of BJ Penn Radio.

“I’m just trying to be a well-rounded, technical fighter,” he said. “I was always ready to go in there guns blazing, but when you get to the high caliber, that shit doesn’t happen. That only takes you so far. You’ve gotta start sniping people and taking them out. I feel like this weight cut doesn’t really hinder me and now the world’s going to see the real Yancy that trains with Nick and Nate [Diaz] and Max Holloway at the gym, and not this 155-pound scrawny guy that’s getting pushed around every time he gets punched. I’m just at a much better weight class, I’m more healthy. More agile… just quick. I may not seem quicker than people in the fight, but I feel quick in there. I see shots and I just feel like this weight class is a weight class made for me.”

Having found his groove at welterweight, Medeiros is now focused on winning the belt and bringing it home to Hawaii:

“Hawaii needs this belt,” he said. “Where’s that fucking 170 belt? No disrespect to anybody or the champ, but that’s just the goal.”

How far do you think the ever-evolving Yancy Medeiros will go in the talent-rich UFC welterweight division?