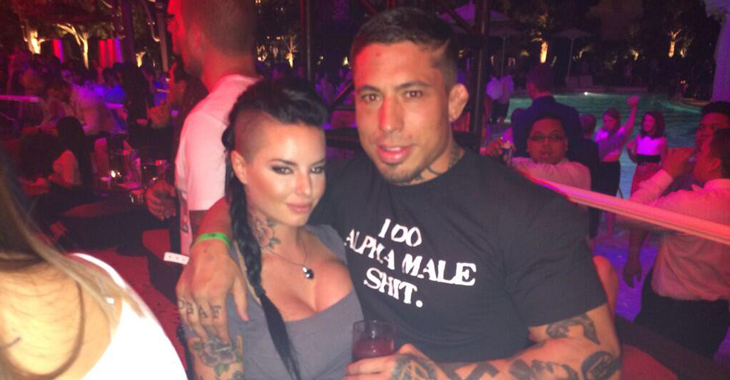 Christine Mackinday, also known by her adult film actress name, Christy Mack took to the stands this week on the third day of the trial involving former UFC and Bellator fighter War Machine, who legally changed his name from Jonathan Koppenhaver.

Mack gave details of her relationship with War Machine as she testified in court her history of being abused.

“I would hide in my bedroom for days on end,” Mack said as she stayed in trying to hide bruises that came from the abuse (transcribed by Bloody Elbow). “I was extremely embarrassed. I always thought of myself as a strong individual. I realize now that I shouldn’t have been embarrassed.” Mack stated that War Machine threatened both her and her family if he would ever end up in prison.

“He said he would send his Navy SEAL friends or Hells Angels after me and my family if he ever went to jail,” Mack said.

Mack testified that she and War Machine met on a set of an adult film and their relationship grew from that point. Mack told the courtroom that the relationship began to get abusive after “three or four months.”

Although Mack was unable to recall the first abusive incident, she testified a few incidents that were vivid in her memory.

“He broke my phone in half, picked me up by my throat, brought me downstairs to my bedroom and threw me down,” Mack said of one incident. Another incident Mack recalled was when she tried to jump out of War Machine’s car after being abused.

“He said now I have to take you into the desert and kill you,” said Mack filled with emotions. Mack stated that she was once in love with War Machine and “would have done anything for him” and “just wanted to be with him.”

War Machine is facing 34 felony counts against him including attempted murder, kidnapping, and sexual assault, which the former MMA fighter pleaded not guilty to all charges. The trial is still in progress.