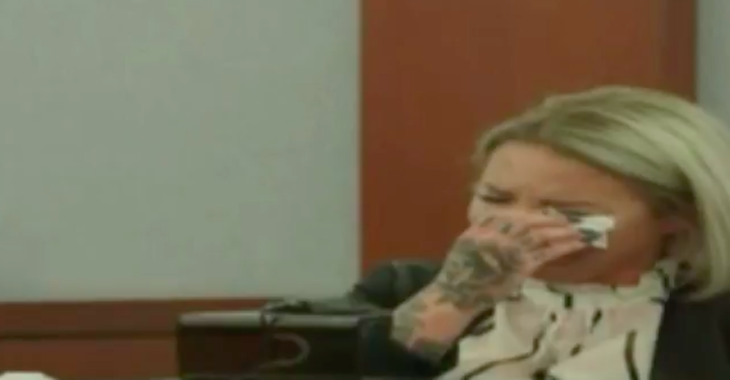 Christy Mack fires back at haters on social media.

The charges included domestic violence, sexual assault and kidnapping, which all stemmed from an incident in August of 2014 where “War Machine” delivered beatings to both Thomas and Mackinday after finding them in bed together.

The jury did remain deadlocked on the most serious charge of attempted murder with a deadly weapon. If Koppenhaver is eventually found guilty of that crime, he could face life in prison.

Koppenhaver’s lawyer cited brain injuries and a cocktail of drugs including Adderall, Lexapro, and steroids, combined with ‘rage and shock’ as the blame for “War Machine” losing his mind that August night in 2014. However, with the prosecution addressing that there was no proof of War Machine being under the influence of any drugs at the time of the attack, the former MMA fighter was convicted on 29 of a possible 34 charges by the jury.

Shortly following the jury’s ruling Christy Mack took to Twitter where she celebrated the serving of justice.

Today was a great victory for myself, as well as victims of DV everywhere. Please continue to speak out, and stay strong!

Remarkably, some people took to social media (Twitter) and blasted Mack for celebrating her victory in the War Machine Trial.

It did not take long for the famous adult actress, Mackinday, to respond as she dished out the following on her haters:

THIS is why other victims of DV won't come out. The consistent cycle of abuse was not my fault, it was my abusers, and his alone. https://t.co/9TvjVYdPG2

I suggest you get help for your abusive tendencies before you nearly kill someone and end up in Jon's position. https://t.co/63Ys2Ti82U

War Machine will remain behind bars until his sentencing.

According to the prosecutor, Clark County Chief Deputy District Attorney Jacqueline Bluth, believes that Koppenhaver could face the possibility of life in prison without parole, even without the jury’s decision on the attempted murder charges.

Are you at all shocked that people would attack Christy Mack on social media for celebrating her victory in the War Machine trial?