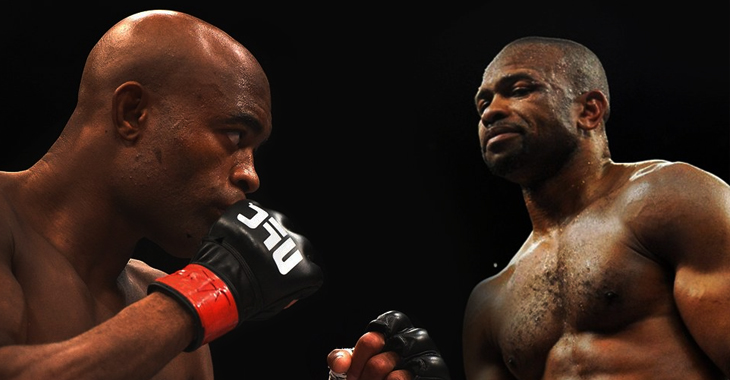 If you thought that after Conor McGregor boxed Floyd Mayweather that the MMA versus boxing talks would end, you were wrong. If anything, they’ve stayed steady and from both places. For a long time, Anderson Silva has wanted to box one of his idols Roy Jones Jr., and it was always a long way away from happening. But if there was ever a time it could get done, it’s not. Roy Jones Jr. seems to know this as well, so he’s started up the talks again and wants Dana White to do what he needs to do so he can box the legend Anderson Silva.

“[This will be my] last boxing match unless Anderson Silva decides he wants to make it happen. For him, for the money that we will generate, because we tried to do it first, I will still do that just for him because I know he wants to do it. It’s something I wanted to do, so for him I would come out and fight. […] All we need for Dana [White] to do is let him go, let him free of his contract and we can make it happen. [Dana White] that’s the only obstacle because Anderson wants it, I want it, so the only obstacle is Dana giving him the okay. I feel like if you give it to Conor McGregor why could you not give it to one of the greatest of all time at your sport, which is Anderson ‘Spider’ Silva?”

“Dana, it’s your boy. When you weren’t nobody, I treated you like you were somebody. So, a favor for a favor. Let your boy do what he gotta do to get out of here. It’s a perfect situation. A perfect fight. A perfect opportunity. Something all the fans will want to see. […] He has boxing experience. He’s not like Conor McGregor where he had no boxing experience as a professional. It’s a more realistic fight. With my age and with him also knowing so much about and studying me for so long, it’s definitely a more realistic fight and definitely much more winnable for him than it was for Conor McGregor over Floyd Mayweather.” — Roy Jones Jr. speaking to TMZ Sports.

Of course, this is nothing new. Roy Jones Jr. even wanted to box Anderson Silva on the Mayweather/McGregor undercard and Silva has wanted to fight Jones Jr. since back in his heyday. More obstacles other than just Dana White are still in the way of this fight happening, but if these past couple of years have taught us anything in combat sports, it’s that anything can happen even if people say it can’t. Roy Jones Jr. versus Anderson Silva on a ZUFFA Boxing card? Sure, why not.