Axel Cazares and Alan Vasquez met in the cage at Shamrock FC 285 on March 11th at the Ameristar Casino in Kansas City, Missouri and ended up putting on a fairly rare showing in the world of combat sports.

Cazares and Vasquez’s fight would end up being an MMA highlight where both fighters simultaneously knocked each other out in the very first round. Vasquez was the first to make it back to his feet and therefore was declared the winner. However, when Vasquez rose to his feet, the fighter displayed the most physical damage from the exchange after the double KO, sporting a terribly broken nose. 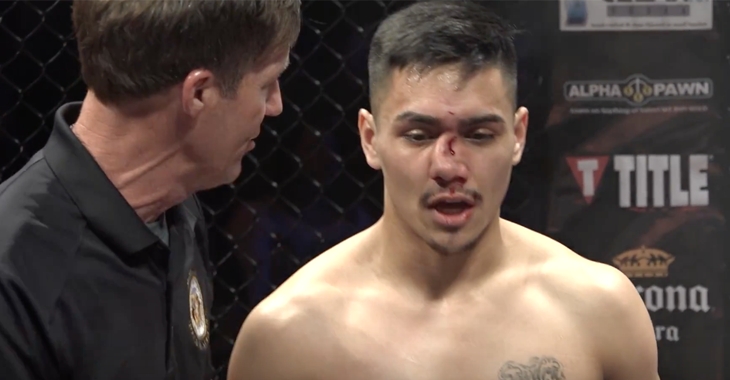 Shamrock FC gives the following details about their history on their website:

Shamrock Promotions was founded in 1998 to help develop young fighters in St. Louis, Missouri and create a promotion where fans could expect consistently high-quality shows. Our first event was held that year and was a sell out!

Headlined by the phrase “Las Vegas Style Fights,” our events were greatly supported by St. Louis fight fans. Shamrock Promotions had to change venues 4 times since 1998, to accommodate the demand for our sell-out shows.

As result of success, Shamrock Promotions found itself in the consulting area of a fastly growing combat sports industry. In 2007, Shamrock signed with Chuck Norris’s World Combat League to run all televised live events.

In 2011, Shamrock Promotions founded Shamrock Fighting Championships. In 2012, all 6 Shamrock FC events sold out in advance. Since 2012 ShamrockFC has continued to do events at Lumiere Place Casino, River City Casino and Ameristar Casino in Kansas City. Each year we put on 18 events between these 3 casinos with a mix on MMA, Boxing and Kickboxing. 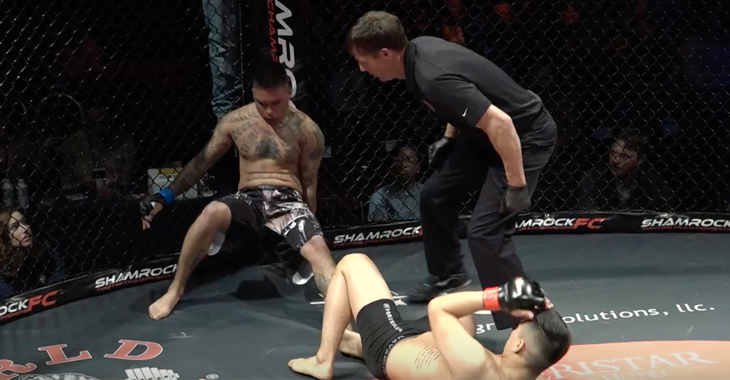 What are your thoughts on the crazy double KO? Share it with a friend who should see it!