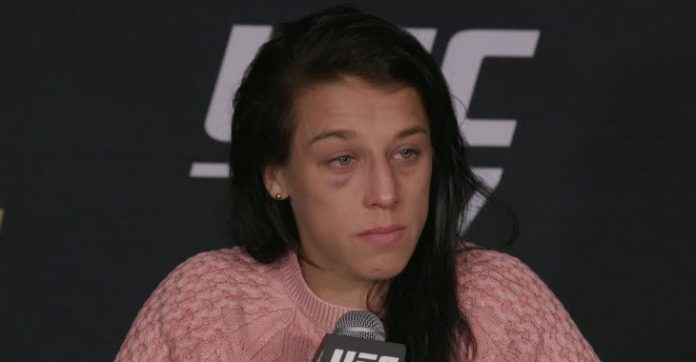 UFC 223 is the next big event on the horizon of the MMA world. And with that comes a fight that holds a somewhat unique factor not too often seen in the UFC…but maybe it should be seen more. We’ll get to whether or not that’s true or not by the time you’re done reading, don’t worry.

What’s being referred to is none other than the ever so mystical: immediate rematch. In UFC 223’s co-main event, the former strawweight champion, Joanna Jedrzejczyk is looking to reclaim the title she lost to Rose Namajunas at UFC 217(the last time each has fought).

When broken down, there are three major factors that can lead to either an immediate rematch happening and not happening.

As is the case with Joanna, a champion that has defended their title time after time more often than not is believed to deserve an immediate rematch upon losing their title. Joanna, a five-time defending champion prior to her loss is granted her rematch. As was the once middleweight king, Anderson Silva who defended his title ten times before dropping it to Chris Weidman.

This isn’t always the case though. Take Jose Aldo for the best example of a divisional ruler being pushed aside. Aldo lost his title to Conor McGregor after defending it seven times(nine including the WEC) but never got a shot to redeem himself against his successor. Albeit, Aldo would eventually regain the title by defeating Frankie Edgar then go on to lose it to Max Holloway where he would then get an immediate rematch(though that wasn’t the original plan either).

Another more recent case would be that of one of Aldo’s fellow WEC original, Dominick Cruz who first became a world champion all the way back in 2010 and racking up several title defenses before finally being defeated at the very end of 2016 in a fight of the night with Cody Garbrandt.

Cruz would not end up getting an immediate rematch either but according to multiple sources, including the fighters themselves, he may have been offered but was fine with letting clear next contender, TJ Dillashaw get his shot.

A variable with these two specific cases is how they lost though. Aldo by quick finish and Cruz after a drawn-out war. Thus forcing the question: should it really matter when a longtime, dominant champion is involved?

Another interesting case for longtime champions is that of former light heavyweight champion, Chuck Liddell who held the title for two years with four title defenses and all the popularity an MMA fighter could possibly have at the time. Liddell would lose his title to Quinton “Rampage” Jackson via first-round TKO and receive no instant rematch.

But for Liddell, this was his second career loss to Rampage(the first being in Pride), so perhaps it had more to do with Rampage holding two to none over Liddell.

Then you look at situations like the previously mentioned Chris Weidman, who did indeed defend his title a total of three times before dropping it. Now, he wasn’t the least marketable champion of all the champions at the time but he wasn’t one of the biggest stars. Yet he was all set to get an immediate rematch at UFC 199 just a matter of months after losing(the rematch didn’t end up happening as Weidman was injured out of the bout just two weeks prior to fight night).

As this major factor in what determines an immediate rematch is likely the most debatable, the next one provides more solid reason.

The Mercy for Controversy

Nobody in their right mind loves for a fight to end in controversy. Especially a title fight.

History has shown that this has been the most concrete reason for immediate rematches in title fights. Funny enough…the lightweight division holds most of them. And all include one of the same fighters.

That fighter being Frankie Edgar who first won the title from BJ Penn by split decision in a very close fight. Now, BJ could somewhat qualify for the dominant champion category(as could all three categories be mixed and matched) but due to the closeness of the fight, there was just no question.

Fast-forward and Edgar is taking on his rival, Gray Maynard in a rematch that results in a draw. You know what happened next. Edgar’s reign would eventually end with him being on the losing side of a close decision resulting in an immediate rematch of his own.

Outside of cases involving decisions, there was the pairing of Randy Couture vs Vitor Belfort fights fought over the light heavyweight championship. In the first of two light heavyweight title fights between the two, Belfort walked away with the gold after Couture suffered a cut very early into the fight which forced the doctor’s stoppage at just forty-nine seconds into the opening round. Couture would reclaim the title in his immediate rematch.

If you need any more proof that controversy equals a required instant rematch then look no further than the fact that challengers have received instant rematches for titles as well. Those instances being with Maynard who was just mentioned, Mauricio “Shogun” Rua who initially lost a questionable decision to Lyoto Machida before defeating him in their rematch, then most recently, Stephen “Wonderboy” Thompson who fought to a draw with Tyron Woodley at the end of 2016.

Bitterness, Competitive Spirit, What Ever it Takes to Fuel the Rivalry

If it’s generating interest as well as revenue and the fighters and the fans want it, it’s not the craziest thing to imagine it happening.

Immediate rematches can come to fruition from rivalries sometimes due to lack of competition aside from the two at the very top. But majorly, it’s about building something that can blossom into a big selling event such as what could have been the idea behind Chris Weidman’s planned rematch with Luke Rockhold.

The most obvious of cases is potentially underway right now and it excludes both of the previous factors.

At UFC 217, TJ Dillashaw dethroned the champion, Cody Garbrandt with a second-round TKO. This was Garbrandt’s very first attempted defense and sure, he did have Dillashaw in some trouble at the end of round one, but now there is potential for Garbrandt to get an instant rematch despite never defending the title and the other challengers atop their division.

Why? Because those two men do not like each other one bit. They’re the definition of teammates turned enemies and in the current era that the UFC has seemingly created, it’s about drama and the fight that will sell the most. Which is certainly logical from a business stand-point but competition wise, people see through it and the fans have begun to as well.

Though that fight isn’t even official(yet?) there have been past cases where rivalries have led to an instant rematch.

Most notably is the Andrei Arlovski vs Tim Sylvia series. The two men had both been champions, they first met in an encounter over the interim title fight that saw Sylvia being submitted by Arlovski in a thrilling forty-seven seconds. The second time they met would be for the undisputed title that was held by Arlovski and saw Sylvia coming out on top with a first-round TKO.

Therefore prompting the trilogy fight to happen immediately equalling an instant rematch for the recently defeated Arlovski who had only defended the title once.

In conclusion, it is definitely possible to have all three of these factors combined as reasons for an instant title shot. Not common, but possible as could be made the case for Penn vs Edgar.

The most concrete of warrants seems to be controversy as history has shown, which makes sense. The non-in fight controversy is a problem though when attached to the dominant champions that don’t get their rematches yet others do. Whatever the reason(s) may be, it creates a feeling of unfairness and lack of consistency that creates confusion among the community.

Of course, in the end, a fight is a fight. And sometimes these athletes have to do just that to re-position themselves back to where others get to go immediately.