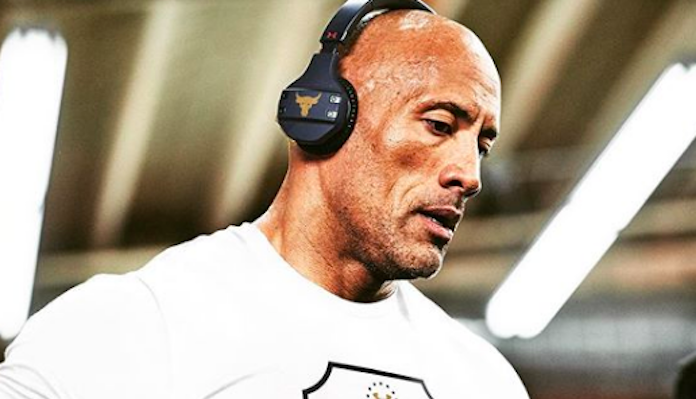 Pro wrestling legend Dwayne “The Rock” Johnson, who is a big UFC fan, recently sent a message of support to UFC fighters who have been deprived of the opportunity to fight due to the coronavirus pandemic.

Until as recently as last Thursday, it looked as though the UFC might continue operating during the pandemic, but company president Dana White ultimately had to pull the plug on the all upcoming events.

The Rock feels for the fighters who are now without the opportunity to play their trade, and sent addressed them during a Q&A on Instagram.

“To all the fighters in the UFC, MMA, and around the world – specifically the UFC because I’ve been really following them closely, Dana White and I are very good buddies – I feel for you guys not being able to fight,” Johnson stated (via MMAInsight.com). “But soon enough, there’s a silver lining in this.

“Maybe it’s your training, maybe it’s your mental capacity that you could expand right now as you guys aren’t allowed in the cage as you’ve been shut down, but there is some silver lining in all of this and I hope you guys find it. Because when you come back, the velocity in which you guys come back, I expect to see some dynamite fights when you come back in the cage and I can’t wait. The moment I can be there, I’m going to be there cage side.”

Johnson has a long-standing relationship with the UFC, having attended several UFC events in the past. The pro wrestler’s most notable involvement with the company, of course, occurred in November of 2019, when he awarded the promotion’s one-off BMF belt to the winner of a fight between Jorge Masvidal and Nate Diaz. Masvidal won this fight via doctor’s stoppage, and later posed for a photo with the belt and The Rock.

What do you think of the message Dwayne “The Rock” Johnson sent to the fighters that populate the UFC roster?