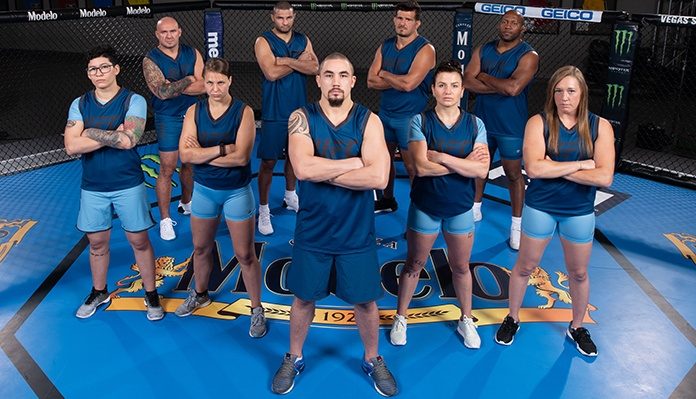 Robert Whittaker is a UFC champion for a reason. However, what works best for someone may not work for someone else. This was seemingly the case on the most recent season of The Ultimate Fighter.

The champion Whittaker coached opposite his next challenger Kelvin Gastelum on TUF 28 and their teams consisted of four heavyweights and four female featherweights.

Despite being the champion, several members of Team Whittaker, some more than others, found themselves really not liking how things were run. So much so that switching teams was even considered at certain points of the season.

In the end, it took a scolding from their championship level coach for them to get back on track.

“It is what it is,” Whittaker told Grange TV. “I didn’t think they were very good trainers, students. The way I train isn’t for everyone. Not everyone can handle it. It showed. It showed in the house. They wanted to do different things but they couldn’t hit the sessions, to begin with. They didn’t have the discipline, they didn’t have the fortitude.

“They’re complaining they want to run cardio, you don’t have cardio! Do the normal cardio. Try to win that, try to push yourself in that. And another thing right? We have a two-hour training slot, and people were rocking up to the session an hour in from a massage. Or leaving an hour early to go to a massage. Like every session, there was something like that, and I was thinking you guys are pathetic.”

For Robert Whittaker, none of his featherweights would make it to the finale but he would have one of his heavyweight fighters, Juan Espino, make it and actually end up winning.

It remains to be determined as to how many fighters from the seasons will get chances in the UFC.

None the less, at UFC 234 on February 10 in Melbourne, Australia, the champ will look to defend his crown against the previously mentioned Gastelum.