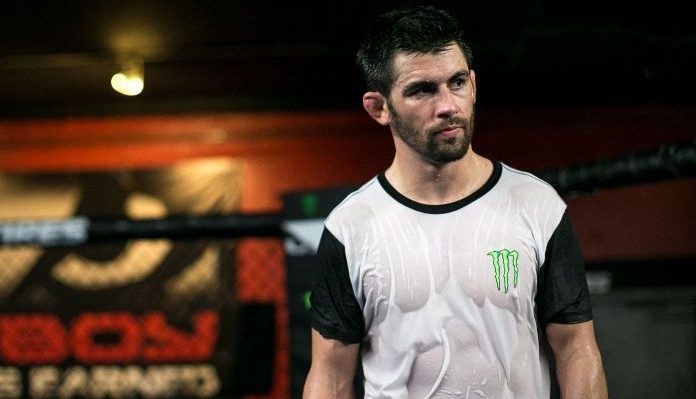 Cruz (23-3 MMA) was returning to action for the first time since suffering a TKO loss to Henry Cejudo at UFC 249 in his bid to reclaim the promotions bantamweight title. ‘The Dominator’ had most previously tasted victory in June of 2016, when he scored a unanimous decision victory over longtime rival Urijah Faber at UFC 199.

Meanwhile, Casey Kenney (16-3-1 MMA) entered tonight’s UFC 259 featured prelim on a three-fight win streak. The Indiana native had scored a unanimous decision victory over Nathaniel Wood in his most previous effort at UFC 254.

Tonight’s UFC 259 featured prelim proved to be a thrilling back and forth affair. Dominick Cruz had a fantastic opening rounds but Casey Kenney was seemingly able to turn the tide in his favor in round two. With the scorecards likely tied up heading into the third and final round Cruz showcased his championship form scoring two timely takedowns to seal the win.

Check out how the pros reacted to Cruz defeating Kenney below:

Casey Kenney is going to upset a lot of people on parlays tonight ! #UFC259

1 round a piece I’d say going in to the third.

That was a great takedown! #UFC259

Wow I thought that was obvious 29-28 for Cruz, I dont really see how the judges came up with the other cards.

Mission impossible @DominickCruz is BACK !! #UFC259

Who would you like to see Dominick Cruz fight next following his split decision victory over Casey Kenney at tonight’s UFC 259 event in Las Vegas? Share your thoughts in the comment section PENN Nation!