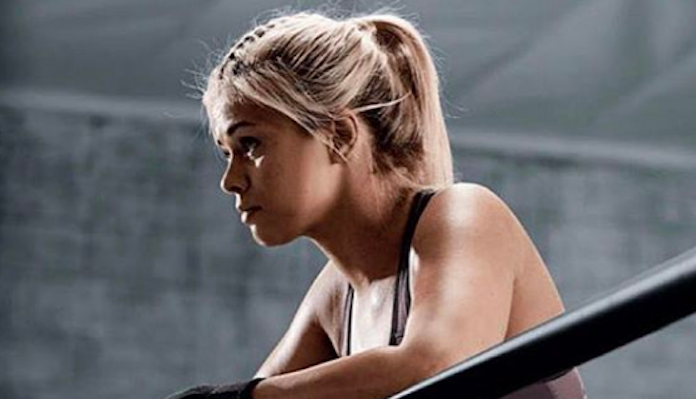 UFC flyweight star Paige VanZant will explore free agency after her next fight, which will mark the final obligation on her current UFC contract.

“I am, yeah,” VanZant said when asked about free agency on Ariel Helwani’s MMA Show (via Bloody Elbow). “You know, it’s more for me, I want to prove my worth. And obviously, with my arm injuries I’ve had three surgeries in a row now. Even though I’m so popular, I guess… I’ve been doing amazing things outside the UFC—Sports Illustrated, Dancing with the Stars, all these amazing things. I want to show, ‘Hey, I’m a huge player in this division. I’m a huge player in the UFC.’ And I think it’s going to take one more fight to do that.”

As for that last fight on her UFC contract, Paige VanZant is hoping it will occur at the UFC’s big, year-end pay-per-view.

In the meantime, VanZant’s number-one priority is simply getting healthy again after a difficult arm injury and resulting surgery.

“More than anything, I’m just focused on getting back in the cage,” VanZant said. “I don’t want to put any pressure on myself, or any stress behind anything. I just want to fight.”

Do you think Paige VanZant will wind up sticking with the UFC, or could we see her scooped up by another major promotion like Bellator or ONE Championship?