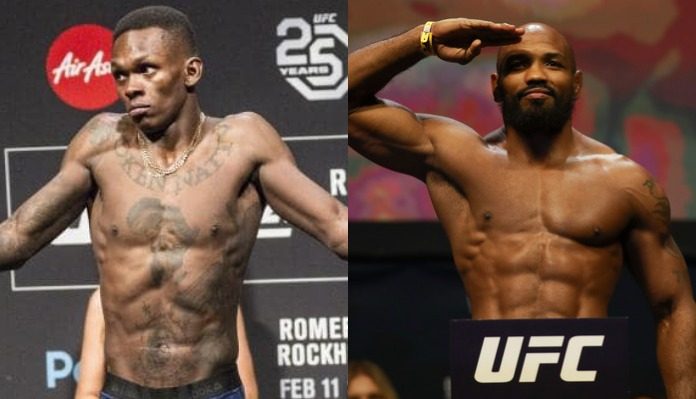 The opening betting odds have been released for the upcoming title fight between UFC middleweight champion Israel Adesanya and challenger Yoel Romero at UFC 248.

The sportsbooks on Friday released the opening odds for Adesanya vs. Romero. Check them out, courtesy of BestFightOdds.com.

Adesanya (18-0) is a perfect 7-0 in the UFC since making his promotional debut at UFC 221 in February 2018. In the two years since then Adesanya has turned into a legitimate superstar in the world of mixed martial arts. In Adesanya’s last outing “The Last Stylebender” knocked out Robert Whittaker at UFC 243 to capture the middleweight strap. He was set to fight Paulo Costa, but with Costa injured the UFC decided to match Adesanya up against Romero instead.

Romero (13-4) is one of the most dangerous middleweights in the game. Though he’s 42, Romero is still widely respected as one of the top fighters in his division. He is coming off of back-to-back losses to Costa and Whittaker, but both fights were super close and despite the losses, the UFC still gave him a title shot. Romero’s last win came at UFC 221 on February 21, when he knocked out Luke Rockhold on the same card that Adesanya made his UFC debut on.

Who would you put your money on considering the opening odds for Israel Adesanya vs. Yoel Romero?