Mike Perry confirms interest in re-signing with the UFC after BKFC run: “I know the fans have been talking about it”

Former UFC welterweight star Mike Perry would love a return to the promotion.

‘Platinum’ was one of the most colorful fighters on the roster during his stint from 2016 to 2021. During that time, Perry broke into the top 15 and defeated names such as Paul Felder, Jake Ellenberger, and Mickey Gall.

Despite some impressive knockouts early in his UFC run, the success wouldn’t last. Perry’s run ended after losing four of his five final fights. Also during that stretch, the welterweight missed weight and had his girlfriend Latory Gonzalez as his sole coach.

Following his UFC release in 2021, Mike Perry went back to basics. He returned to a traditional fight camp and signed with BKFC. He’s since gone 2-0 in the bare-knuckle arena, defeating Michael ‘Venom’ Page and Julian Lane by decision. Perry also had a one-off bout in Triller’s Triad Combat arena, beating Michael Seals by decision.

Despite his success since leaving the mixed martial arts promotion, he would still love a return. In an interview with The Schmo, Perry stated that he’s been enjoying fighting in different sports and different companies.

However, the UFC is the big show, and that’s where Perry would like to be. The former welterweight star believes fans would like to see it as well. 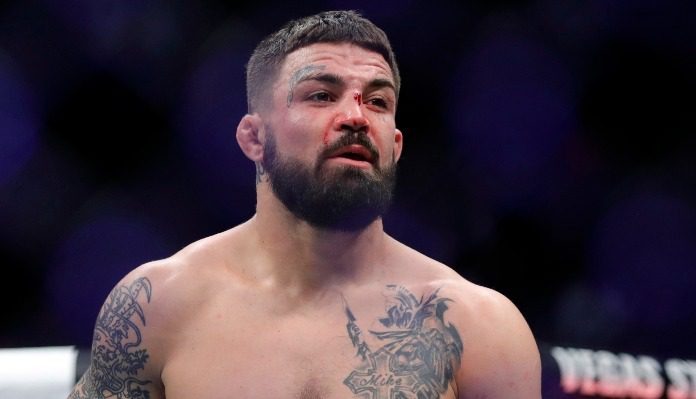 “Man, I don’t know. What do I want? I can’t lie. I mean, I just keep thinking about the days when — I forget the days of the old matchmaker — back in the days when Rampage [Jackson], Wanderlei [Silva], and Vitor Belfort trained, traveled, and fought all over the world… They were back and forth.” (h/t MMA Mania)

“The UFC has that big show. So, I would like to get the money I’m getting now over there in that big show, and I’ll put on a big show like I always have. I know the fans have been talking about it, ‘Put Perry back.’ A lot of them hate like, ‘You’re not there anymore!’ I mean, you ask what do I want, and I’m being honest… be able to be on the biggest platform there is in the fight game.”

In addition to hoping for another UFC run, Perry has also called for a clash with Jake Paul. However, chances of that bout seem slim, as the YouTuber has recently called out Nate Diaz for a matchup next.

What do you make of these comments? Do you want to see this UFC return? Sound off in the comment section below PENN Nation!

This article appeared first on BJPENN.COM
Previous articleGeorges St-Pierre says he’s finally out of UFC contract, won’t rule out a return to combat sports: “Never say never”
Next articleSean O’Malley says Petr Yan “rocked” him and it was the “hardest” he’s ever been hit: “Just f*****g cracked me”
© Newspaper WordPress Theme by TagDiv