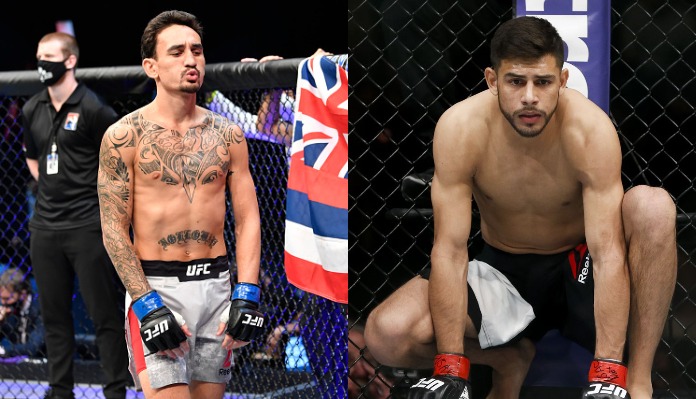 A pivotal featherweight fight between Max Holloway and Yair Rodriguez has been agreed to for July.

According to ESPN’s Brett Okamoto via Dana White, Holloway and Rodriguez will headline the July 17 card. The event will likely take place at the UFC Apex in Las Vegas, Nevada.

On paper, this is a phenomenal fight between two of the more exciting fighters in the featherweight division. Both Holloway and Rodriguez are great strikers, while the Hawaiian is more of a boxer, Rodriguez will use kicks and spinning attacks in the fight. It’s likely the winner of the scrap will also become the number one contender at featherweight and face the winner of Alex Volkanovski vs. Brian Ortega for the belt in 2022.

Yair Rodriguez (13-2 and one no contest) hasn’t fought since October of 2019 when he beat Jeremy Stephens by decision. Prior to that, he fought Stephens to a no contest due to an accidental eye poke. The Mexican has been targeted to face Zabit Magomedsharipov but for different reasons, the fight never came to fruition. He’s also coming off a USADA suspension for whereabout violations. He holds notable wins over B.J. Penn, Korean Zombie, Dan Hooker, and Andre Fili.

Who do you think wins between Max Holloway and Yair Rodriguez? Let us know in the comment section, PENN Nation!