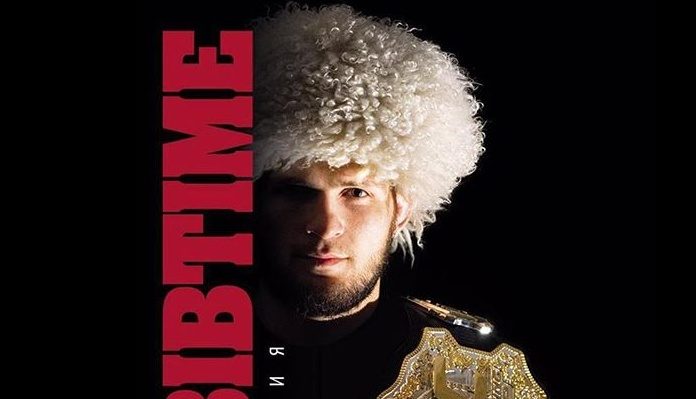 UFC lightweight champion Khabib ‘The Eagles’ Nurmagomedov’s popularity has reached new heights since his big win at UFC 229, and now he’s ready to share an in-depth side of his journey.

Yesterday, the champion announced that his new autobiography titled ‘Khabib Time’ will be releasing soon. It will come out in Moscow, Russia later this month. (Translation by RT)

“My dear followers, I am very pleased to announce that my autobiography ‘Khabib Time’ is ready and signed to be printed. We’ve worked on the book for two years.

When we began writing…I never imagined that in two years time I would be a UFC champion who defended his title in the biggest fight in UFC history at UFC 229.

Back then, many asked why write a book so early on, at least become UFC champion for a start. There were enough critics, and I’ll admit it was risky, but right now this book happens to EXIST, let’s say. With a little anxiousness, I await the moment I can hold it in my hands.”

The undefeated 27-0 Nurmagomedov has bolstered his UFC winning streak to 11 straight since joining the promotion in January 2012.

Nurmagomedov has been the definition of perfection throughout his career as he hadn’t lost a single round in the UFC until his last fight with Conor McGregor.

Prior to his UFC career, Nurmagomedov had fought exclusively in Russia and Ukraine as he stacked up 17 wins. The Russian born athlete hopes to fight in his home country once more before retiring and now that the UFC has officially had a show in the country, it seems like something that could become a possibility.

Nurmagomedov’s hope is to have his father one day corner him for one of his UFC fights as he has yet to do so due to continual Visa issues that have kept him stuck in Russia.

Depending on who Nurmagomedov’s next opponent is, perhaps it can be for the UFC’s second show in Russia.