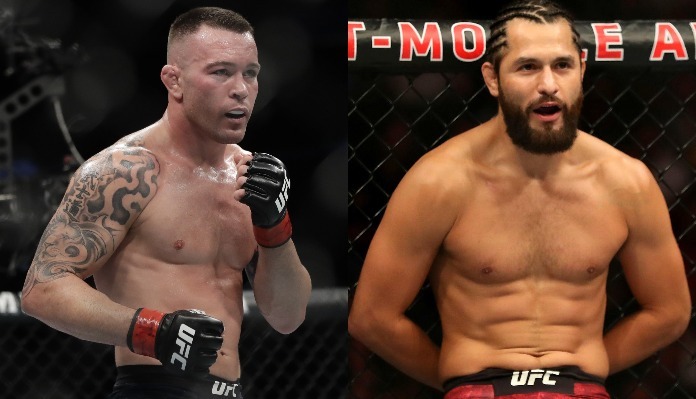 Jorge Masvidal has confirmed he is facing three felony charges for his alleged attack on Colby Covington.

Just over two weeks later, on March 21, 2022, Covington was coming out of a Papi Steak restaurant in Miami, when he was allegedly attacked by Jorge Masvidal. The two friends, turned enemies, saw ‘Gamebred’ take the fight out of the Octagon and onto the street, injuring ‘Chaos’.

Covington was apparently left with a fractured tooth, a wrist abrasion, damage to his Rolex watch and even a possible brain injury during the altercation. Immediately pressing charges, Masvidal was arrested on March 23.

Jorge Masvidal subsequently posted $15,000 bond on March 24 and was released from the Turner Guilford Knight Correctional Center in Miami.

Masvidal, in speaking with Ariel Helwani of ‘The MMA Hour‘, when asked if the case against him is still underway, replied:

“Yeah, I’m facing three felonies, if you wanna know the exact truth. And yeah, you know, still pending, you know. This guy’s a coward f**k. So, what could I expect from a coward f**k like him?”

Jorge Masvidal when asked if he’ll be able to return to the Octagon this year replied:

“Yeah, but, I mean, the justice system, right? So, it’s not like I get to make up these calls and stuff, you know? I wanna say I’ll be okay. I was in the positive impression about my faith in the good outcome. But I’m still facing three felonies, you know.”

Masvidal is indeed scheduled for a plea hearing on Aug. 17 where it will be determined if a plea deal is offered and accepted, or if the situation will move to trial, which would then be scheduled to begin Aug. 29.

Should the fighter go to trial and be found guilty, he could face up the 15 years in prison and/or a $10,000 fine.

Do you believe Jorge Masvidal will get a plea deal or will end up going to trial for his alleged altercation with Colby Covington?