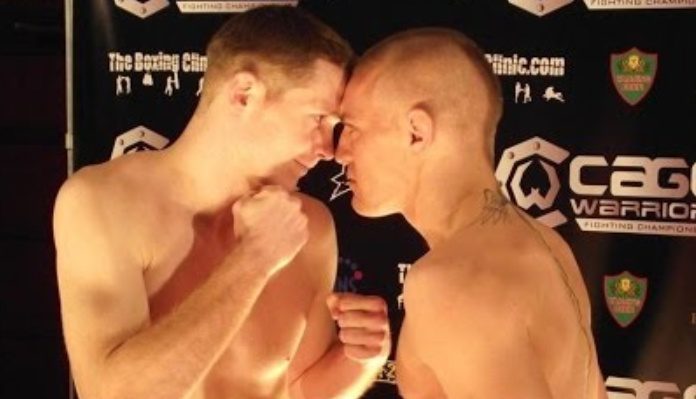 Only one man can say that they’ve defeated Conor McGregor in less than a minutes time… And that man is fellow Irishman, Duffy.

The two men met in the early stages of their mixed martial arts careers in 2010 for Cage Warriors in Cork, Ireland. Little did we know that one day they would both become successful UFC competitors.

One of which obviously erupted in popularity to and unimaginable extent.

That, of course, being the former in McGregor who suffered his second career loss to his now fellow UFC lightweight Duffy.

With almost 10 years between then and now, Duffy recently looked back on the quick victory and discussed the idea of a rematch.

“There’s always going to be people throwing my name out there [because of our first fight],” Duffy said on the Eurobash podcast. “For me, it’s just that far in the past… The option is always open.

“If that happened, I would love it. Croke Park, it’s a dream for anyone; it’s like a Dublin vs. Donegal match for me. It would be a huge fight and I’m pretty sure we would sell out Croke Park no bother, but it’s not something I’m pursuing, I just want to do this my way and I suppose I’ve got to take one fight at a time.

“If that opportunity presents itself, of I’d love to have that fight again,” Duffy continued. “Look what [McGregor] has gone on to do and I would love to prove that I could beat him again. I’m not going looking for [a rematch]; I’m just focusing on my own thing. I’m not going to be calling him out and all this craic, it’s just not me.”

Currently, the former UFC featherweight and lightweight champ McGregor is waiting for his suspension to be lifted following the post-fight scuffle he was involved in at UFC 229. Until then, there’s no telling what could be next for the Irish megastar.

Duffy, on the other hand, is set to return to action for the first time since November 2017 when he squares off with the always game veteran, Marc Diakiese at UFC London March 16.