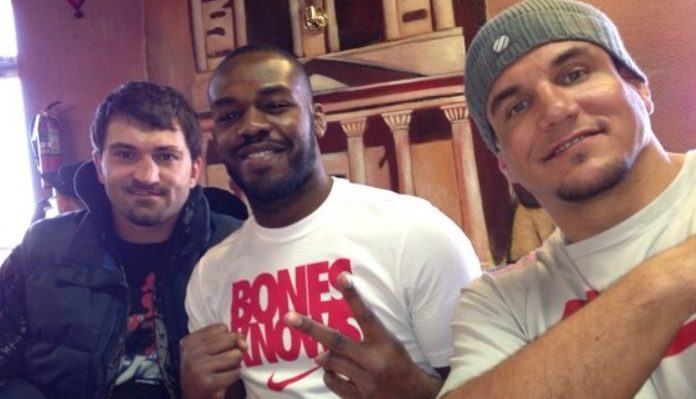 When it comes to the UFC’s decision to make a last minute moving of UFC 232 from Las Vegas to Los Angeles, it effects a whole lot more than just the person that it was moved for.

Due to an ‘atypical finding’ in one of Jones’ drug tests prior to the event, the NSAC wasn’t going to let Jones fight.

Another former champion who has been affected by USADA and a positive testing is the former heavyweight champion, Frank Mir.

Mir was suspended from competition for two years by USADA in April 2017 after testing positive for the same substance as Jones did in Jones’ most recent test failure in July 2017 as well as the atypical finding.

“In the spring of 2016, when USADA representatives sat in my Las Vegas kitchen and told me that the turinabol metabolite that they said I tested positive for could only have been ingested within a window of the past several months, I vehemently proclaimed my innocence,” Mir wrote in a post on Facebook. “Having never failed any drug test throughout my career, I asked if we could go back further in the past to test any supplements that I could’ve taken, but they claimed that was both impossible and unnecessary. They were firm on their assertion that there was only a recent period of several months that would warrant any consideration. Now, little more than two years later, Jon Jones has tested positive for the same trace of the same banned substance, and USADA is taking the position that this same low level is in fact not a new ingestion, but something that could be the result of a residual ‘pulsing’ effect that could potentially stay in his system ‘forever’. Further, they are now claiming that this phenomenon is something that they are seeing in other cases as well.

“This latest shift in USADA’s position would seem to suggest one of two possibilities…Either they are a) offering special dispensation to Jon Jones or b) they are second guessing and subsequently ‘revising’ the presentation of their own science. Either scenario leaves myself and a number of other fighters whose careers have been similarly damaged by past testing claims to wonder what this says about USADA’s consistency and their tests’ reliability. Sadly, my accusation came at a time when the UFC’s partnership with USADA had not yet been subjected to the kind of doubt that now seems to further cloud it with each new instance of convoluted circumstances.”

When finally receiving his suspension for his test failure for turinabol, Jones would only receive a 15-month suspension.

For Mir, he would never fight for the UFC again following his suspension and now fights for Bellator where he has fought twice. Both fights coming this year.