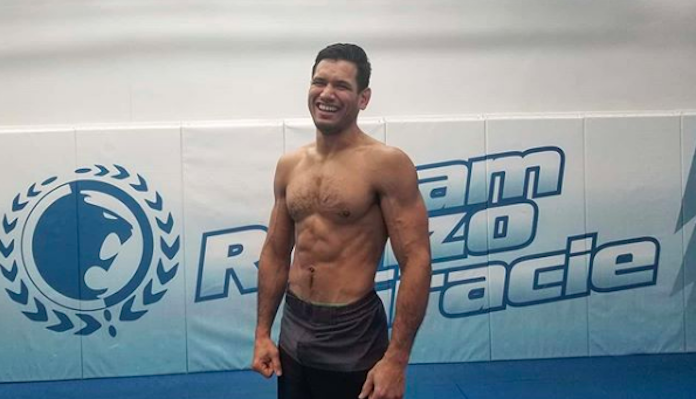 Former UFC fighter Phillipe Nover has spoken about the ongoing battle against the Coronavirus outbreak in New York.

While the heart of the pandemic may still be in Europe for the time being, the expectation is that the epicenter will shift to the United States — potentially, the state of New York specifically.

One man who is at the heart of it all is none other than Phillipe Nover, the former UFC fighter, who is now working as a nurse.

Nover spoke with MMA Fighting as things continue to develop with each and every passing day.

“Things just kind of turned upside down in a matter of days and weeks,” Nover said. “I’d say New York City was quite ill prepared. Especially as you can see with the personal protective equipment (PPE), which is the masks, gowns, the N95 masks. Initially, there was a lot of issues providing enough for the medical staff. Having enough tests, which only in the last week I would say, we were actually able to test within the hospital.

“I mean this pandemic is spreading so rapidly and there was only one hospital in Long Island, N.Y. that was able to actually test in the hospital. It took three days even to get the results and that was as of a week or 10 days ago. Now we’re moving quick where we’re testing people, but we still don’t have enough tests.”

“We’re not even giving tests to everyone,” Nover added. “You literally have to be critical and have a lot of symptoms to be tested. There’s an influx of patients.”

Phillipe Nover continued, elaborating on the state of things in local hospitals. It sounds truly chaotic.

“Our emergency rooms are maxed out most of the time at 80 to 100 percent,” Nover said. “Our ICU’s (intensive care unit) is maxed out. Those are the two areas of the hospitals where all medical personnel are directed towards.”

“Last week, I had a patient who had a legitimate heart attack, we went in and put a stent in and there’s no ICU bed,” Nover revealed. “The ICU units are full of COVID-19 patients. On top of that, I wouldn’t really want my relative to be in an ICU after just having a heart attack being next to a patient who has COVID-19 and it’s spreading like wildfire.

“There’s a cross contamination issue. It’s a mess in New York. It’s quickly spreading and it’s manageable, but at some point, it won’t be manageable unless these numbers come down.”

What do you think of this account from Phillipe Nover?