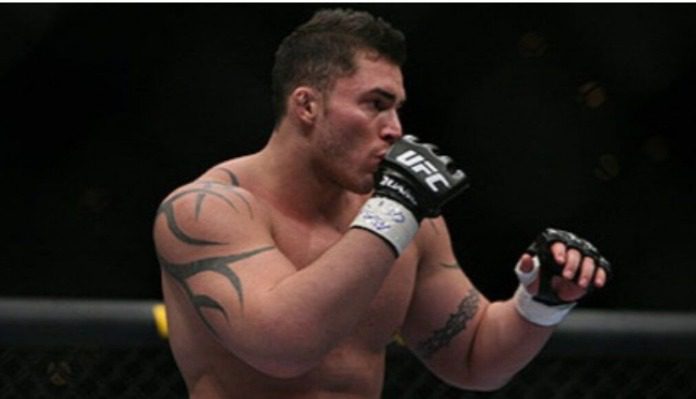 Icho Larenas, a former UFC fighter, has been charged with murder.

According to a report by TVA Nouvelles, police in Laval, Quebec received a call on Monday morning about a home invasion. The call was made by Larenas and his wife after they both relocated to a family member’s house after they were robbed at their residence.

The report states that five suspects entered the house and held the two hostages as they looked to rob them. After some time, Larenas was able to get a knife and escape with his wife. But, when police arrived at the scene they found a dead body in the house. The victim was an initially “unrecognizable” 17-year-old man and police believe the teenager was stabbed and beaten to death.

Shortly after, Larenas and Gladys Rosana Lopez were taken into custody and were denied release from custody at a court appearance Wednesday. Larenas was charged with second-degree murder. Lopez was charged with being an accomplice after the fact.

Icho Larenas fought once in the UFC at UFC 58 and suffered a knockout loss to Tom Murphy. Originally from Argentina, the heavyweight moved to Canada to train and has been living in Quebec ever since.

The 39-year-old went 6-6 as a professional and started his career out in TKO, a regional promotion in Quebec. After losing his debut, Larenda rallied off three straight wins to get the shot in the UFC. After his one UFC fight, ‘El Dogo’ fought again for TKO as well as fighting regionally in Argentina.

In his career, Larenas fought against the likes of Steve Bosse and Krzysztof Soszynski who both competed in the UFC. After suffering a first-round knockout loss in 2018 after a five-year layoff to future TKO heavyweight champ, Adam Dyczka he announced his retirement from MMA.

There is no word on when Larenas will be due back in court.