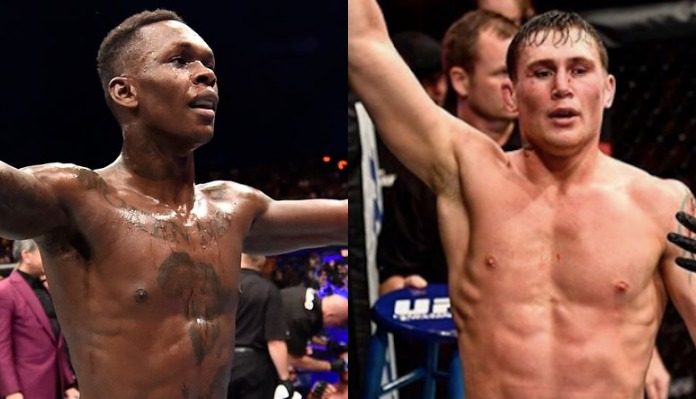 All Darren Till wants for Christmas is the middleweight belt.

On Christmas Day, the recent addition to the middleweight division sent an Instagram DM to the 185-pound champion. He wished Israel Adesanya a Merry Christmas, but on the condition that he hands over the middleweight gold. The king of memes (and the division) responded with a meme from The Anchorman film, egging Till on.

“Someone cut him off the eggnog,” Adesanya wrote. “Too much.”

Whether it’s Till’s recent win at UFC 244, the fact he no longer has to shed those extra pounds to make the welterweight limit, or simply the Christmas festivities: The Brit is definitely in high spirits.

Till currently has only one fight in the weight class and will likely need a few more wins at 185 pounds before he can take a stab at the middleweight title. Whilst Adesanya welcomes the challenge, he is currently expected to defend his title for the first time against Yoel Romero in 2020.

Meanwhile, Paulo Costa is healing from surgery and Robert Whittaker is set to fight Jared Cannonier in March 2020. Who knows who Till will end up fighting next—potentially Jack Hermansson—but it safe to say we can expect plenty of social media banter in the meantime.

What do you think of this Christmas exchange between Darren Till and Israel Adesanya?