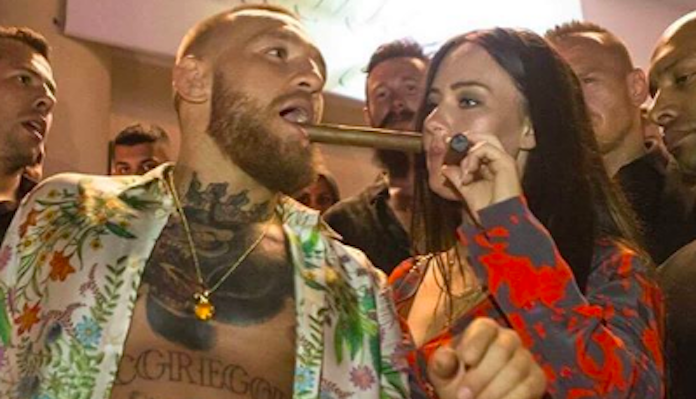 Former UFC featherweight and lightweight champion Conor McGregor celebrated St. Patrick’s Day weekend by going on a promotional tour in the United States for his Proper 12 whiskey and while doing so, he took some time to update his fighting career.

During his promotional stop in Chicago, McGregor spoke with fans for 30 minutes to discuss a wide variety of topics from rematches to fight negotiations and more.

Most recently there had been rumors that McGregor was going to fight Donald ‘Cowboy’ Cerrone but those talks were halted, reportedly because the UFC wanted ‘The Notorious’ to fight in a co-main slot. While there was plenty of reaction to the rumor, McGregor spoke to fans about it during his Q&A session to actually let it be known, he’s willing to slide into a co-main event slot on one condition, he wants his fair share in the UFC company.

“I’m ready to fight, I’ve said that. No problem,” McGregor stated. “If the UFC wants me to slide into that co-main event slot and help, what that is, if I slide into the co-main event it’s boosting their brand over fighter rhetoric that they have. There’s no problem with that. If they want me to push that and I have no problem pushing that, give me my rightful shares in the UFC company. That’s all I ask. You can put me on the first fight of ESPN+ but just give me my shares. So, we’ll see what happens.”

McGregor has been vocal about wanting his share in the UFC going back to UFC 205 when he became the promotion’s first ever simultaneous two-weight world champion. UFC President Dana White has been vocal about this request from McGregor in the past, shooting it down, but the UFC put Proper 12 Whiskey on the canvas in his fight against Khabib Nurmagomedov at UFC 229, so they’re clearly in business with McGregor.

The Irishman seems willing to accept a co-main event fight, as long as the UFC is willing to give him shares in the company.