Charles Oliveira brought the UFC belt back home to Brazil and got a hero’s welcome in his return.

In the main event of UFC 262, Oliveira fought Michael Chandler for the vacant lightweight title. Early on in the fight, the Brazilian had success as he had Chandler’s back, but late in the first, he got dropped and the American was landing heavy ground and pound but Oliveira ended up surviving.

To begin the second round Oliveira then landed a left hook and dropped the former Bellator champ and got the TKO win 19 seconds into the round to become the new champ.

Following the win, Oliveira went back home and got a hero’s welcome. He was on top of a fire truck and hyping up the crowd which was going crazy. He then went into the crowd to celebrate his achievement with them.

Not only did he get a massive reception, but Charles Oliveira had a mural painted of him following his massive win on Saturday. 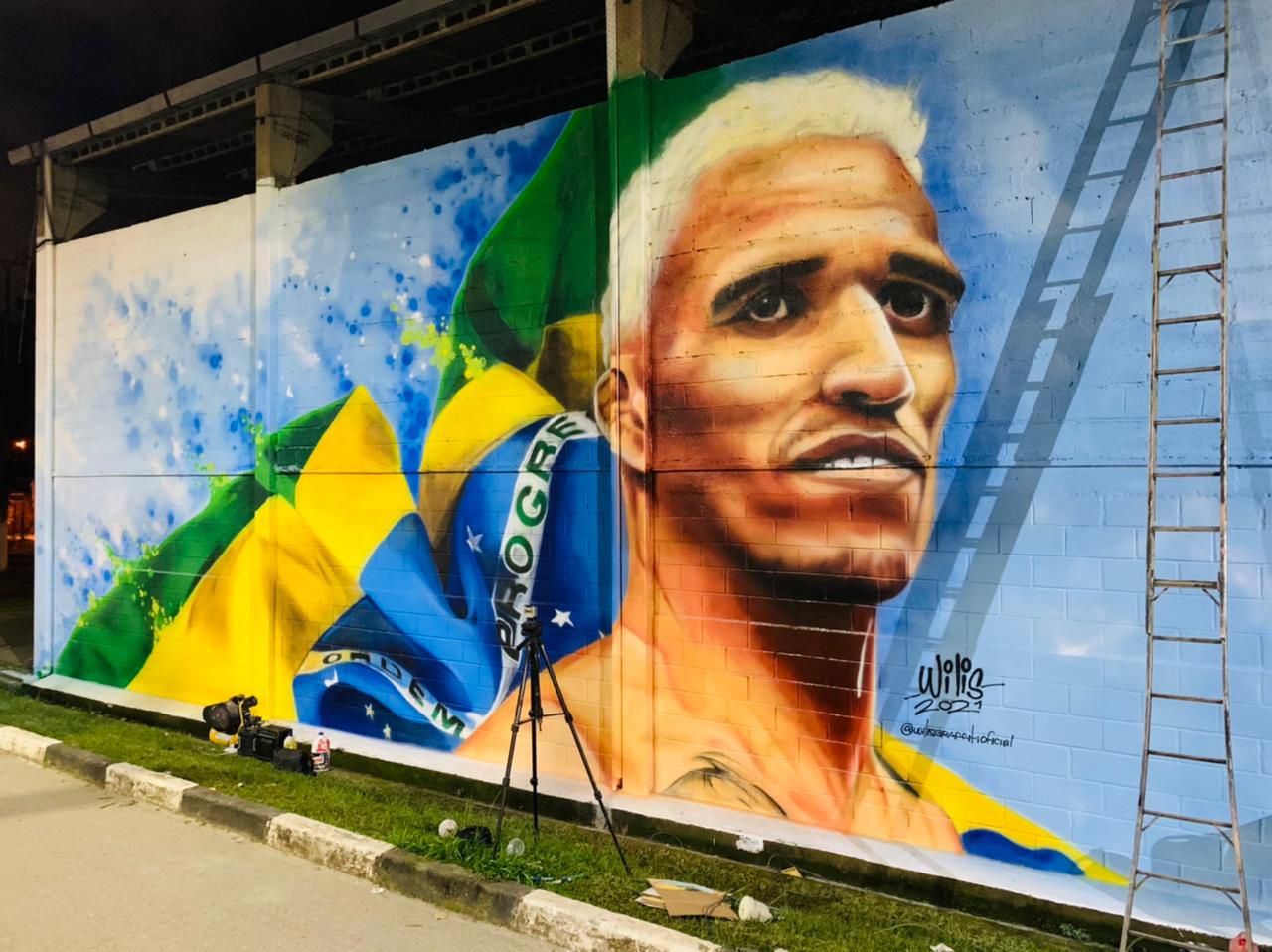 It is amazing to see how much Brazil is celebrating having another UFC champion as Charles Oliveira had a long road to the title. However, it was all worth it for him as the reception he got proved how big of a star he is in his home country.

Oliveira is now 31-8 and one no contest and is now on a nine-fight winning streak. Prior to beating Chandler, he picked up the two biggest wins of his career as he beat Tony Ferguson and submitted Kevin Lee. His first title defense will likely come against the winner of Dustin Poirier vs. Conor McGregor 3 in July. If Oliveira beats the winner of that fight, there is no question he would become an even bigger star.

What do you make of the reception Charles Oliveira got in Brazil after winning the belt?

This article appeared first on BJPENN.COM
Previous articleTyson Fury vs. Anthony Joshua in jeopardy after an arbitrator rules Deontay Wilder is owed a third fight
Next articleJake Paul claims “there’s conversations happening” with the UFC
© Newspaper WordPress Theme by TagDiv