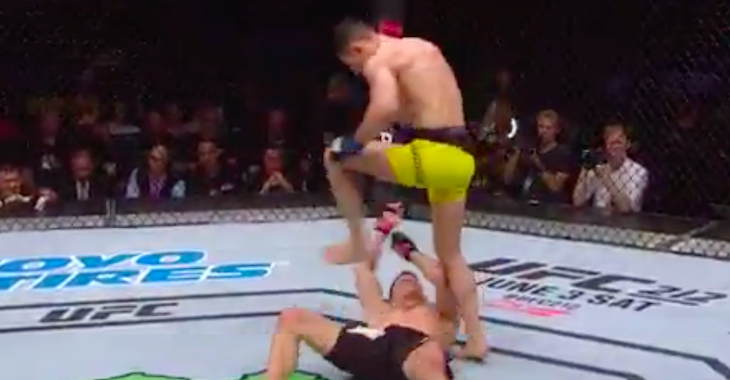 For most of this bout, it looked like Marcin Held was well on his way to a big win, as he controlled his opponent with his grappling and even threatened with a handful of submission attempts. Seconds into the third round, however, Hadzovic caught his Polish foe, mid Imanari roll, with a blistering knee to the face. Just like that, it was lights out for Held.

With this wild knockout win, which can be viewed above, Hadzovic moves to 11-3 overall and 1-1 in the UFC. Held, meanwhile, is now 22-7 in sum, and an unfortunate 0-3 in the Octagon.

What do you think of this epic knee-induced knockout from Damir Hadzovic at UFC Stockholm?