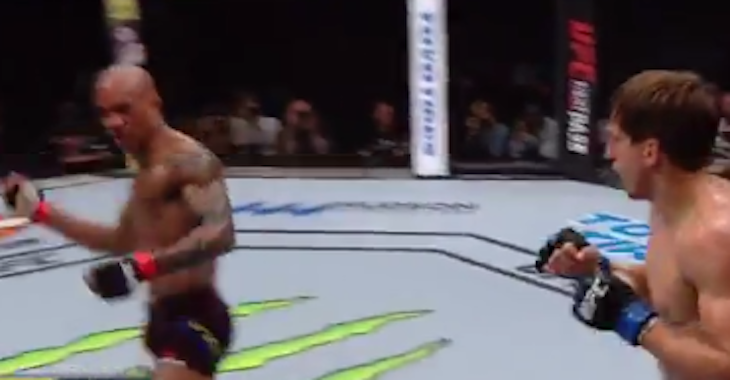 The first fight of the UFC Stockholm televised prelims occured at welterweight, where “Serbian Steel” Bojan Velickovic took on Sweden’s own Nico Musoke.

It was a fun fight while it lasted. Though Velickovic seemed to be winning heading into the third, Musoke was hanging in there, and seemed to have plenty of fight left in him. Then Velikovic landed the punch that mattered: a blistering right hand that put Musoke on spaghetti legs. A few followup punches later, and the referee was peeling the Serbian fighter off his Swedish foe.

See the video of Velickovic’s wild knockout of Musoke below.

OHHHHHH!! The right-hook lands on the head of Musoke, and @Serbian_Steel wins on enemy soil!! What a shot! #UFCStockholm pic.twitter.com/gnIxGf3gbW